Calling All Flower Children: Feel Groovy During The National Constitution Center’s Retro-Rama Party Party includes exclusive access to The 1968 Exhibit before it opens to the public Philadelphia, PA (May 20, 2013) – Dig deep into the closet for those bell bottom jeans, suede vests, and psychedelic tie-dye […]

So I haven’t posted anything in a while.  I have a dozen or so reviews and recaps to post, including details from a righteous trip to CO.  The guys have been giving me a hard time about my lack of writing but work/life has been sucking up all […]

As a part of a mixed six, I picked up a bottle of the Hopsecutioner IPA from the Terrapin Beer Company. I have had the beer on tap before but have never gotten around to a review (we have reviewed the Rye Squared, the Hop Karma IPA, formerly India Style Brown Ale and the […]

Looking for something out of the ordinary, I stopped for a mixed six, and picked as one of the bottles a Monk’s Revenge from the Terrapin Beer Company. I have tried several other Terrapin products, i.e. their Rye Squared, Hop Karma IPA (formerly India Style Brown Ale) and the Hopsecutioner IPA, so […]

This is what I do on a Wednesday night when there’s a four day weekend on the way… Kick back, relax, and have a couple beers with my Peeps.

It’s another wrap-up to a beautiful weekend (or start to a new week).  Me and the boys (LimpD and G-lo) connected for a session on the deck with some new brews.  They included: 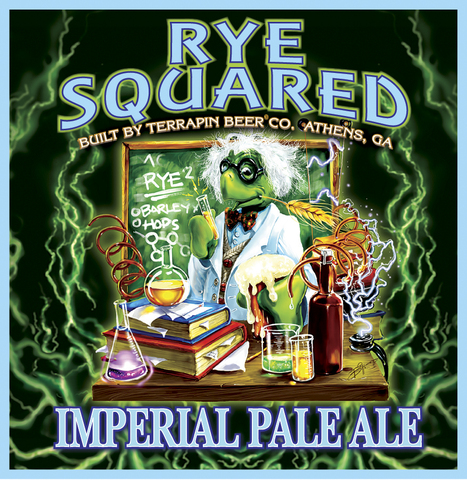 Every other Thursday or so the boys and I celebrate “Thirsty Thursday”.  It is nothing more than an excuse to bust open some fine craft beers midweek and forget that it’s not the weekend yet.  A few weeks back G-lo was sans family so instead of drinking at […]

Last Friday, I took it upon myself to introduce a coworker to a neighbor in the hopes of furthering our relationship with the neighbor’s employer. Of course, my motives may not have been all altruistic as a free lunch was in store for me. We selected the Good […]