While suffering through a Phillies playoff game, I felt the need for a new beverage. Always a big fan, I opted for yet another product from Samuel Smith and thought I would give the Organically Produced Ale a try. I found the pour to yield an orange haze […]

While in Wildwood for an end of summer vacation with the in-laws, we headed over to Westy’s Irish Pub for a quick dinner out. As my father-in-law was looking to throw back a beer and I am not one to let someone drink alone, I asked our server […]

This week I am off with the in-laws on a family vacation to the Jersey shore. This is the equivalent to dry dock for me but I have gotten the pre-approval to take an assorted case of Mike’s Hard Lemonade for consumption by the masses. While I have […] 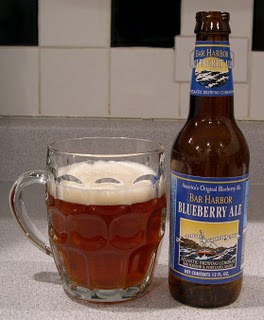 Last Thursday, my better half let me know that the urchins had infested the Wookie’s yard and we were coordinating pizza for dinner. Not one to arrive empty-handed, I stopped at the local shop to purchase a cold six-pack suitable for sharing. (As it was still just Thursday, […]

At a “business” lunch at the Good Dog, I had the most pleasant opportunity to order a second beer. I settled on a Lagunitas IPA for two reasons. First, I had had other Lagunitas offerings before and thoroughly enjoyed them. The second reason was that the Lagunitas was […]

Have a @keurig? Know how to boil water?
Our last #Maui #sunset. #Aloha!
#BeerByThePool #lager #lime #maui #beer #craftbeer
There are worse ways to spend a late morning / early afternoon in #Maui…
Yet another fine brew from @mauibrewingco. #CoconutPorter for the win!
Really long drive to and from the Haleakala Summit, but the views and spectacular sunset were well worth the effort!