Back in mid-July, we received an email from Colorado based PR firm, Backbone Media, announcing the release of two new bottle sizes for Tincup American Whiskey. In addition to the standard issue 750ml bottle, this past summer, Tincup released the Nugget size bottle which holds 375ml and the Motherlode […]

What you see in the above photos is a whiskey which comes packaged in a bottle made to look like a bar of gold. Not surprisingly, the name of this whiskey is The Original Gold Bar Premium Blend, and it just so happens to hail from the city […]

What you see up above are photos of Islay’s very own Kilchoman Distillery that were taken by the West Coast Office (WCO) during his Single Cask Nation tour of Scotland in 2015. As I’m sure I’ve mentioned in previous posts, Scotland (Islay in particular) is a Top 5 […]

Three hundred and sixty-one days ago (October 22, 2016 to be even MORE precise!), my eldest Urchin had some friends over for a belated birthday celebration. The menu for this gathering included pre-teen friendly fare such as Dominos Pizza, Doritos, Cheetos, popcorn, a chocolate chip cookie cake, and last […]

The folks at Boardroom Spirits may not know the meaning of “alphabetical order” all that well (their eau de vie style spirits were released in the following order: B, then C, and then A, P and P. Last time I checked, A comes before B and C. And […] 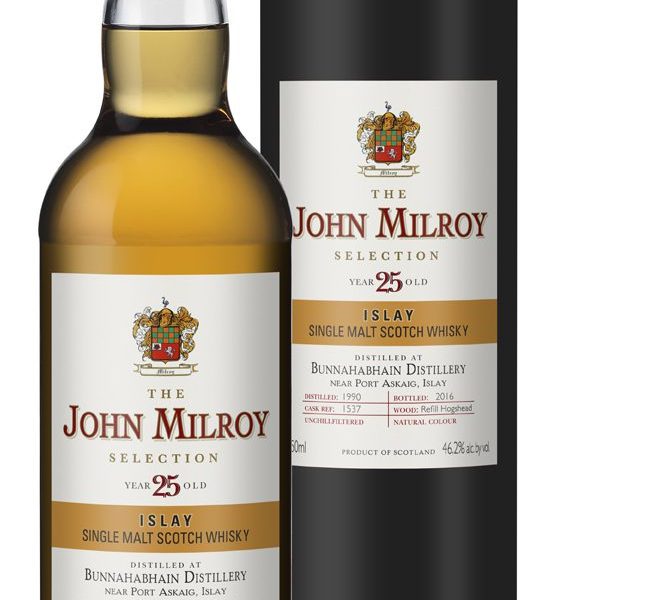 Whisky Jewbilee VI was a roaring success in New York City not more than a few weeks ago. The Boys of the Jewish Whisky Company bring the fun o’ plenty and a smorgasbord of Kosher chow AND new whisky like their own new retail line, Westland’s Garryana 2017, […]

This isn’t our first trip down the Kilchoman Loch Gorm road. Back in September of 2016, we published a review of this whisky along with a dessert idea that was inspired by a West Coast Office Tweet which paired Islay whisky with vanilla ice cream and freshly cracked […]

For round 2 of our @bimberdistillery reviews, we’re discussing a whisky that was finished in ex-Vino de Naranja casks. Click play to hear all our thoughts!
On today’s #video, we’re sampling four different #nitro #coldbrew #canned #coffee expressions from @firedeptcoffee. Click play to hear our many many thoughts!
He’s no Fast Eddie Felson. But he had fun. And that’s all that matters. #ItsJustAGame
My #BetterHalf was kind enough to share a couple of @highnoonsunsips libations with us, so we just had to review them. Click play to hear all our thoughts.
#Chocolate
THE #MarcellaHazan tomato sauce recipe kept popping up so I finally decided to try it. So so worth it and soooooo easy. Tomato. Butter. Salt. A whole onion sliced in half. And a touch of sugar.