The closest I get to a farm is a visit to the local farmer’s market, and the occasional trip to Lancaster County in Pennsylvania. Though I live in the suburbs, I’m a city boy at heart. So here’s the question… can you make a decent Farmhouse Ale in […]

Approachable. It’s a word I’ve been using quite often lately. But what does it really mean? Here is how Webster’s dictionary defines it: approachable:  capable of being approached : accessible; specifically : easy to meet or deal with <friendly and approachable people>. And how does this word relate to whisky? I guess […] 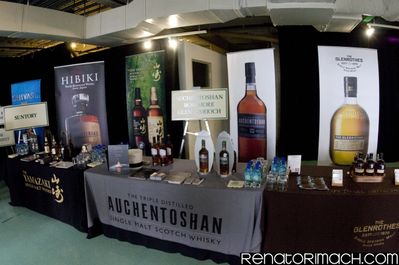 Start putting any spare change and dollar bills aside! The Philadelphia leg of  The Single Malt & Scotch Whisky Extravaganza will once again be held at the Union League on Friday, October 29th, 2010. This event is hosted by the Scotch Malt Whisky Society and generally lasts for about […]

The brewers at Dogfish Head, Stone, and Victory have joined forces and created a beer which they call Saison du BUFF (BUFF = Brewers United for Freedon of Flavor). Rather than try to sum up the history of this beer, I’ll just let the brewers tell the story […]

Cocktails and Maserati Definitely Do Not Mix

Thanks to our friends at the CocktailStars Blog for posting this hilarious video of former F1 World Champion Michael Schumacher driving a Maserati GT while a bartender tries to make a cocktail. Enjoy! 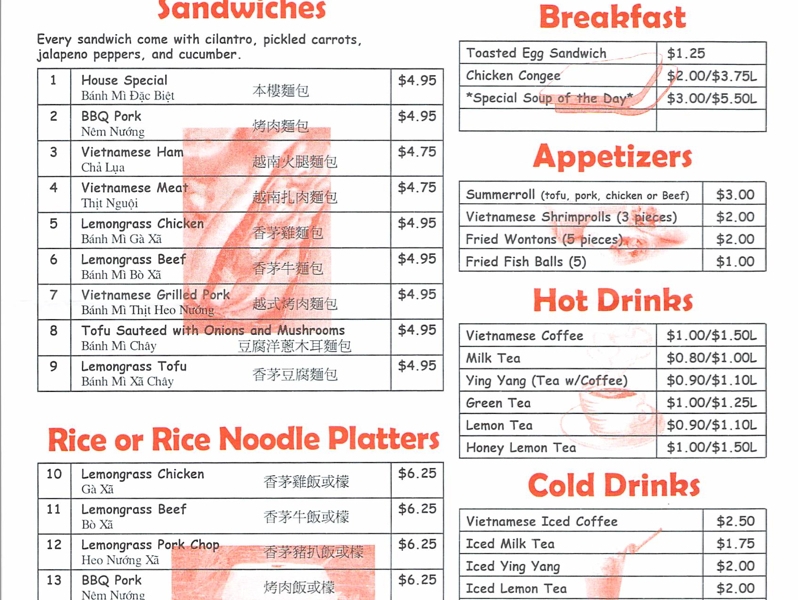 About 100 feet from the Chinese “Friendship Arch” at 10th and Arch Streets in Philadelphia’s Chinatown is a tiny “hole in the wall” Vietnamese takeout shop called QT Vietnamese Sandwich. Banh Mi, or the Vietnamese Hoagie as it is in known in Philly, is their specialty, and they […]

Drinking is fun. Hangovers are not. There is no real cure for a hangover, but there are ways to minimize the damage. Here is my regimen: After an extended drinking session, you need something in your belly to absorb the alcohol. Breakfast food always works. Eggs, home fries, […]

Since fall is right around the corner, and since today’s temperature hasn’t gone above 75 (first time in over 2 months!), I thought I would change things up and review a dark beer. I usually like Smuttynose beers, so I’m going with their Robust Porter for today’s brew […]

The first time I heard about this beer was just before Philly Beer Week. The Philadelphia Weekly, a free newspaper that is available every Wednesday throughout the Metro Philly area, had a Philly Beer Week insert that outlined the events for the week, and also featured interviews with […]

My wife scored us some passes to this afternoon’s Ray LaMontagne concert at World Cafe Live in University City (West Philadelphia). The concert was a freebie hosted by WXPN‘s Free at Noon concert series. In case you’re not familiar with him, Ray LaMontagne is a singer/songwriter and has […]

‪The WCO + Yours Truly gathered at #TheMurderTable for a #BoozyChat about 2 delightful #Mezcal expressions from Del Maguey. Click the link to our YouTube Channel at the top of our Instagram profile to see and hear all that we had to say about these fascinating spirits. . . #mezcal #booze #spirit #youtube #video #review #boozychat #liquor
#Toast + Tin of #Sardines + #Bacon + #Pickles + #Tomato + #Mayo = #Lunch
Hot #Pastrami on seeded rye with coleslaw from @hershelseastsidedeli! Seriously delicious and a little messy! #WorthIt . . #readingterminalmarket #deli #sandwich #beef #nomnom #foodiechats #instafoodie #foodporn
Happy #Friday! May your weekend be filled with fantastic drams and even more fantastic friends! #Cheers! . . #bourbon #glassware #booze #whisky #whiskey #bokeh
‪During a recent East Coast Office site visit, the West Coast Office (aka @aaronmkrouse) joined us for a tasting of two Milk & Honey Distillery expressions. To find out what we thought of these #Israeli whiskies, click the link to our YouTube Channel at the top of our Instagram profile. . . #whisky #whiskey #israel #inbloom #whiskyinbloom #booze #whiskyreview #youtube #humor #tastingpanel
Many thanks to @danielkulisek of @bankandbourbon in the @loewshotels Philadelphia for spending some time with us and leading us through a delicious #Bourbon tasting! Stay tuned for the full recap and interview on the blog. . . #bourbonmaster #whisky #whiskeytasting #jerseyboy #booze #tasting