As most of you are well aware, we are big fans of the Scotch Malt Whisky Society of America, and have attended the last five Fall Extravaganza events in Philadelphia. Two days ago, I received an email from the Society announcing their Spring 2012 events lineup. Below is […] 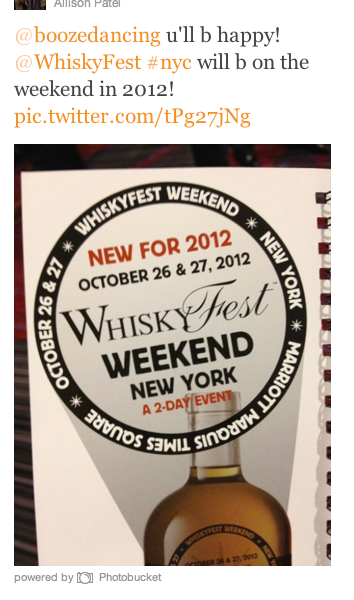 Booze Education: Giving Advice To The Next Generation Of Whisk(e)y Lovers

At around 2AM Monday morning, a young college student in Philadelphia (we’ll call him AR) sent the following email to The Hip Flask and I:

On March 8th, I had the pleasure of taking my Pappy to another exclusive tasting for members of the Scotch Malt Whisky Society at the Union League. Aron Silverman, the society’s ambassador, travels around the country bringing the society’s unique bottles to those interested in furthering their palate […]

At a Macallan event, the brand representative had defined a pour as the measure of the company. So, at an abbreviated assembly of the Kipling Road Society, if one member should entertain a “short” pour should the host take offense? Or, rather should the host accept the short […]

As a member of the Scotch Malt Whisky Society, I receive periodic mailings from their magazine Outturn. Since I was looking for a gift for my Pappy and you can almost never go wrong with whisky, I pulled out my whisky decoder in search of a bottle from […]