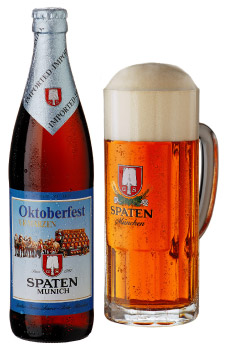 This is the second to last of my Oktoberfest reviews and as it is now February, I have learned that next year, I either need to drink a lot less Oktoberfests or crank out the reviews. In any event, this is a review of the Spaten Oktoberfest. After sampling […]

I fished out the last of the Oktoberfests that I had accumulated in the run-up to HalloweinerFest. The last bottle was an Otter Creek Oktoberfest Autumn Ale. The ROK and the Wookie had reviewed the Otter Creek Summer Solstice. Here is what Otter Creek has to say about their Oktoberfest […]

In my search for a good pumpkin ale, I picked up a bottle of Wolaver’s Organic Pumpkin Ale. This is a relatively new release from the folks at Wolaver’s, a sort of sister brewery to Otter Creek, and both under the banner of Long Trail Brewing Company. Founded […]

For post #251, I thought it would be fun to look back at the first 250 posts and do a best/worst list in various categories. Here goes… Shortest and Lamest Posts: Whisky Education and Something To Look Forward To… Funniest Posts: Esquire Rule No. 706 and My, that’s a […]

We got some warm weather and a little taste of Spring over the weekend so it was time to dust off the grill and try out some lighter brews in preparation for the warmer months ahead.  I checked out my beer fridge where I knew I had some […]

On a recent trip to my favorite beer retailer, I picked up a six-pack of the Otter Creek Solstice Session Ale. Until now, I was not familiar with the term “Session Beer”. I checked in with our friends at the Beer Advocate and I was quickly up to […]

He’s no Fast Eddie Felson. But he had fun. And that’s all that matters. #ItsJustAGame
My #BetterHalf was kind enough to share a couple of @highnoonsunsips libations with us, so we just had to review them. Click play to hear all our thoughts.
#Chocolate
THE #MarcellaHazan tomato sauce recipe kept popping up so I finally decided to try it. So so worth it and soooooo easy. Tomato. Butter. Salt. A whole onion sliced in half. And a touch of sugar.
Steer right!
We’re trying 3 #BoozyTea expressions from @theowlsbrew on today’s video. They’re made with funky tea and fruit combos. Click play to hear all about them!