The other day, with the various urchins out-and-about, as good parents, we settled onto The Barthenon to keep a watchful eye on the kiddies. Naturally, as it got a bit hotter outdoors, I needed a little liquid refreshment to keep me from being overcome on such a warm day (I […]

Recently, I assembled a mixed six with a decidedly English bent. One of the bottles was the Fuller’s ESB. . Now, we had a lengthy discussion regarding aging when I came across a 2010 Fuller’s Vintage Ale and with the help of Miracle Max, we put that theory […]

During a recent trip to Wegman’s, I assembled a mixed six with a predominantly English and German slant. I can remember my Pappy telling a story about a beer truck overturning and the driver passing cases of DAB beer to the firemen in gratitude for their rapid response. So, […]

During a recent trip to Wegman’s, I assembled a mixed six with a predominantly English and German slant. The first bottle I pulled out of the six was the Fuller’s London Pride. Now, we had a lengthy discussion regarding aging when I came across a 2010 Fuller’s Vintage […] 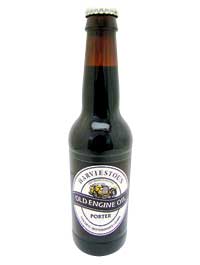 I had stopped in to Kress Liquors to check out their assortment of canned beer for an upcoming pool party. Always a sucker for proper merchandising, I wandered over to the import wall and immediately was struck by the Old Engine Oil. I put together a couple of […]

While suffering through a Phillies playoff game, I felt the need for a new beverage. Always a big fan, I opted for yet another product from Samuel Smith and thought I would give the Organically Produced Ale a try. I found the pour to yield an orange haze […]

The one and only @njwookie was kind enough to share a @firestonewalker #Flyjack Hazy #IPA with us, so of course we had to pop it open during a #MurderTable research session.
Is it possible to create a quality #ReadyToDrink #Cocktail in a dry town? The folks at @drinkbrodys sure seem to think so and they were kind enough to send us some samples.
The makers of @holmescay #Rum and @therumcast #podcast have teamed up to create a blended #Fiji Rum and we were fortunate enough to review it.
The folks at @olesmoky have released a new #Bourbon called @jamesownbyreserve and we were lucky enough to try it.
With #NationalProseccoWeek right around the corner, we thought we'd share our thoughts on this #PrettyInPink #Prosecco #Rosé from @mionettoproseccousa .
The good people at @wawa + @2spbrewing have once again joined forces to brew up a seasonal beer. This one is called Sunfest Strawberry Lemonade Shandy and we got to try it.