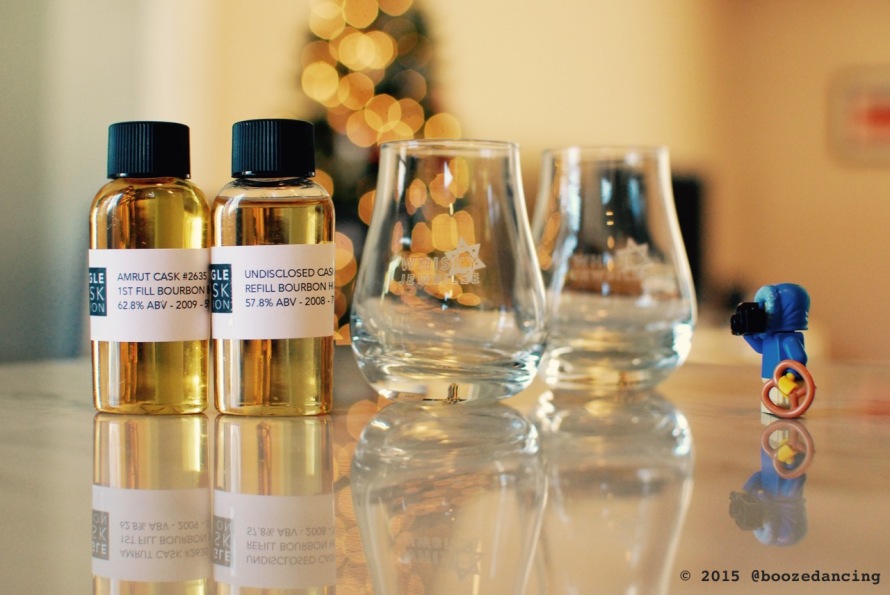 See that little Lego guy in the above photo (I call him Seamus) that’s carrying a camera in one hand, and a pretzel in the other one? He was behind Door #2 of this year’s 2015 Lego Advent Calendar. While there’s no denying that the Lego Advent Calendar is good fun for kids between the ages of 5 and 12 (I know this because it says so right on the box), Daddy-O doesn’t get all that much to do once the boys are old enough to put these things together on their own (well, I do get to use the Lego bits as props in beer and booze shots, so I guess I have that going for me!).

A Whisky Advent Calendar is more to my liking. They look exactly like this: 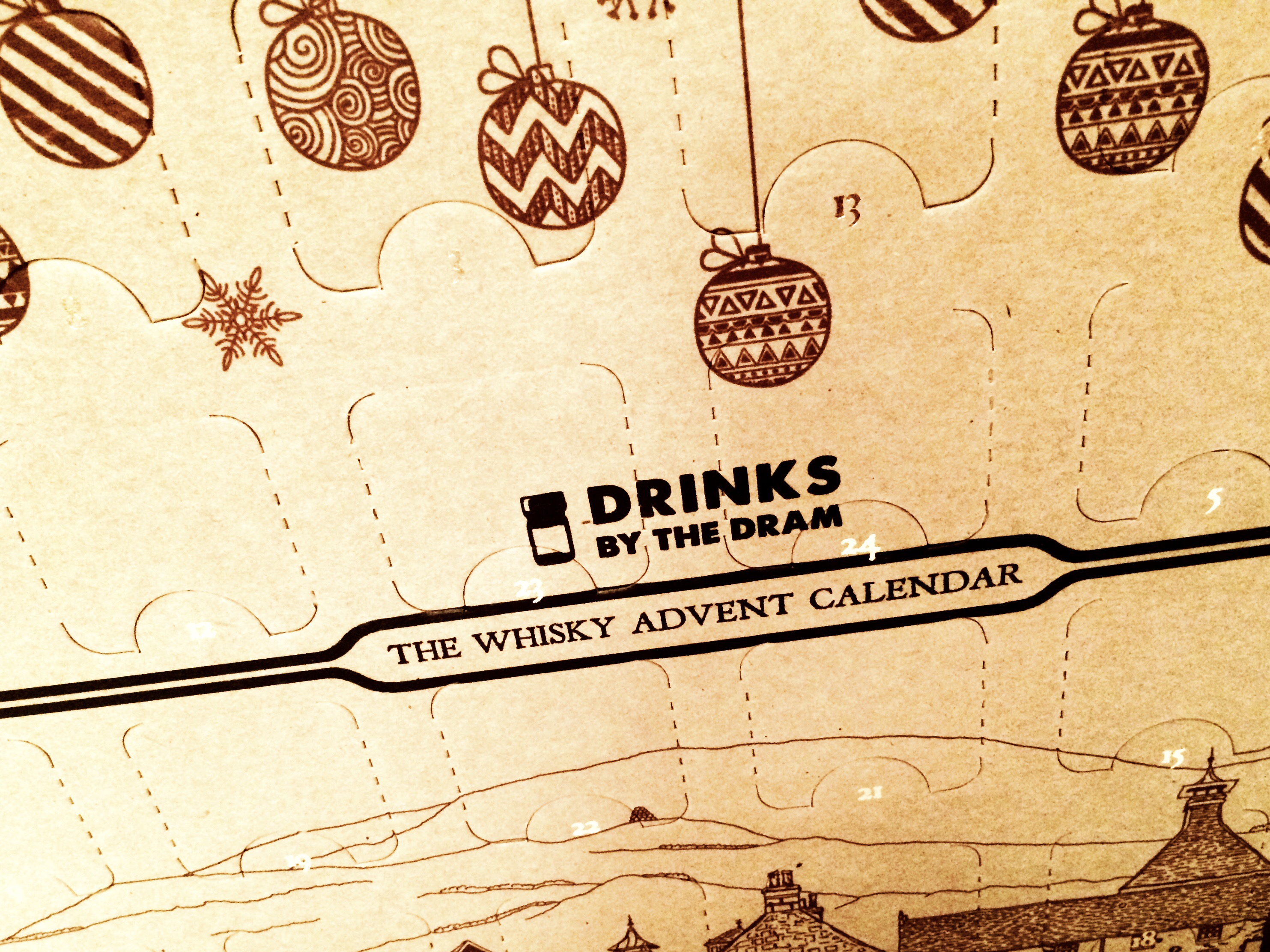 Just so you know, I am not the proud owner of one. The Whisky Advent Calendar in the above photo was purchased by Limpd as a Christmas present for his Pappy. He’s a good son. And I’m a pretty lucky guy because Limpd’s Pappy isn’t a fan of the peaty stuff, so I will occasionally get one of his cast offs.

While I may not have received a Whisky Advent Calendar this year, I did get a lovely bit of booze mail a few weeks ago in the form of three whisky samples from the Jewish Whisky Company. Their Amrut, Cooley, and Undisclosed Islay #2 (click here to read about Undisclosed Islay #1) whisky releases are what I received. Since Limpd is our designated Irish Whisky expert, he took the Cooley sample. This left me with the other two samples to review which just so happen to be the subjects of this here blog post.

If that whisky is a depth charge, then this whisky is more like a tomahawk missile (KABOOM!). Much like the Amrut, this whisky is a wild ride. If this were a Six Flags rollercoaster, I would totally get back in line to do it all over again.

Many thanks to the Jewish Whisky Company for sending us these very generous samples!