Five Great Philly Bars and a Chance to Win $250!

Although we live in New Jersey, when the time comes for a serious night of eating and drinking, Philly is where we go! Way back in the day (I grew up in Philly and lived there until my early 30s), there were only a handful of places that […]

There’s something to be said about the fast, easy, and highly refreshing two-ingredient cocktail. You know them by name… Jack and Ginger. Seven and Seven. Gin and Tonic. Vodka and Orange Juice. Dark and Stormy. Whisky and Soda. And so many more! Take a couple ounces of booze, […]

A couple of weeks ago, we received two sample bottles of Crabbie’s Alcoholic Ginger Beer. Since I already reviewed this grown-up soda, I decided that I’d try it in a cocktail. The obvious cocktail choice would have been a Dark’N’Stormy or a Moscow Mule, but I decided to […] 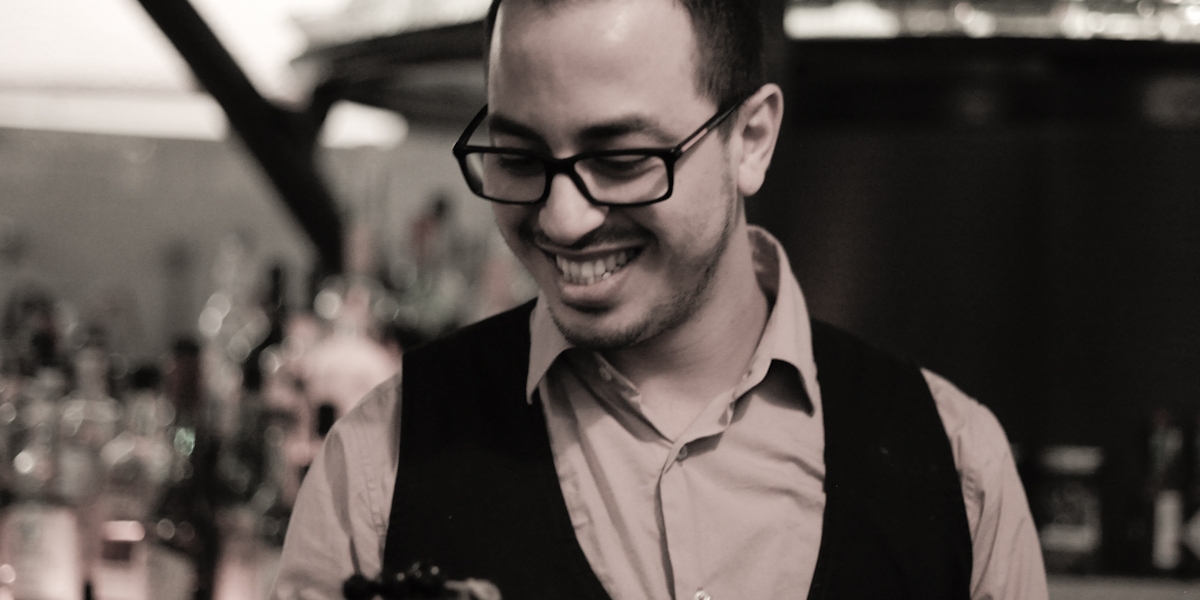 After doing my first post in the series, Banter with Bartenders, I came up with a mental list of bartenders that I’d like to interview, but today’s post came about organically. It was a Friday night and I wanted to go out for a cocktail and dinner in […]

As Limpd has noted in numerous posts, I occasionally like to dabble in a bit of cocktail making, and as you can see in the above photo, I’ve managed to accumulate a few cocktail making tools and tinctures. Although it’s kind of a pain to play bartender on a regular […]

It was that time of year again, when I needed to buy Pappy his Whisky Advent calendar. So, as a dutiful son, off to Master of Malt I went! While I was perusing the Advent calendar selections, I thought.. You know. Since I’m here and all. And since […]

Banter with Bartenders: The Bearded Alchemist

Last fall I was “on assignment” to take some cocktail photos for a client and was told it would be at a bar – The Jeffrey… with a bartender – The Bearded Alchemist… They told me his name, but when you hear the moniker “The Bearded Alchemist,” you don’t […]

My boy G-LO is a big fan of the cocktail, and on those rare occasions when he’s motivated enough to don his bartender’s cap, he’ll expend a great deal of effort to throw together a respectable and representable version of whatever cocktail he’s been inspired to make. I […]

Bricks, Mortar, Calvados, and a Room Full of Philly Bartenders

I’ve heard of Calvados. I’ve read about Calvados. But I’ve never actually tasted Calvados. That all changed when I attended a Calvados tasting that was led by Jason Wilson (he wrote Boozehound), a man that absolutely adores Calvados. How do I know that Mr. Wilson adores Calvados? That’s […]