A couple weeks ago, a very good friend of the family came over with her two boys for a casual Sunday dinner (I made homemade pizza!). Since our friend is a huge Craft Beer fan (she definitely qualifies as one of Barley’s Angels), I took her visit as […]

The Sixpoint Apollo was part of the mixed six pack purchase at Wine Works in Marlton, NJ that I mentioned during my Great Divide Nomad review from last week. Since I have been hearing and seeing a lot about this beer over the past couple months (it’s been all over […]

In search of the Duchesse De Bourgogne Flemish Red Ale, I stopped at the Roger Wilco at Eagle Plaza. While I did find the Duchesse and the Monk’s Cafe Flemish Sour, I picked up a couple of cans to fill out the beer fridge. One of the selections was […]

About four weeks ago, I received the following email from Steve of Anderson Valley Brewing: Greetings,  I recently came across your review of our Boont Amber as a follow up to a previous Summer Solstice review. I respect your point of view and understand that not everyone will […]

Show Us Your Cans! Take Our Canned Craft Beer Poll

The once maligned aluminum can has finally been embraced by the Craft Beer world for its portability, practicality, and functional skill at locking in the goodness of crafty brews. We here at “It’s Just the Booze Dancing…” are always on the lookout for crafty cans to enjoy poolside, […]

If you’ve been poking around the blogosphere and the interwebz in search of Craft Beer knowledge over the past couple years, then you are probably aware that

My better half opted for a party at the local swimming pool for my youngest son’s third birthday. While she did the yeoman’s work, I was left in charge of two pivotal ingredients, ice and beer. Now, the ice was a challenge since we were in the midst […]

“You know those juice filled wax bottles that you would have as a kid? Well… this beer tastes like the wax bottle.” – Mrs. Wookie Since we have not yet crowned the winner of the 2011 Great Summer Beer Challenge, I thought I would take this opportunity to […] 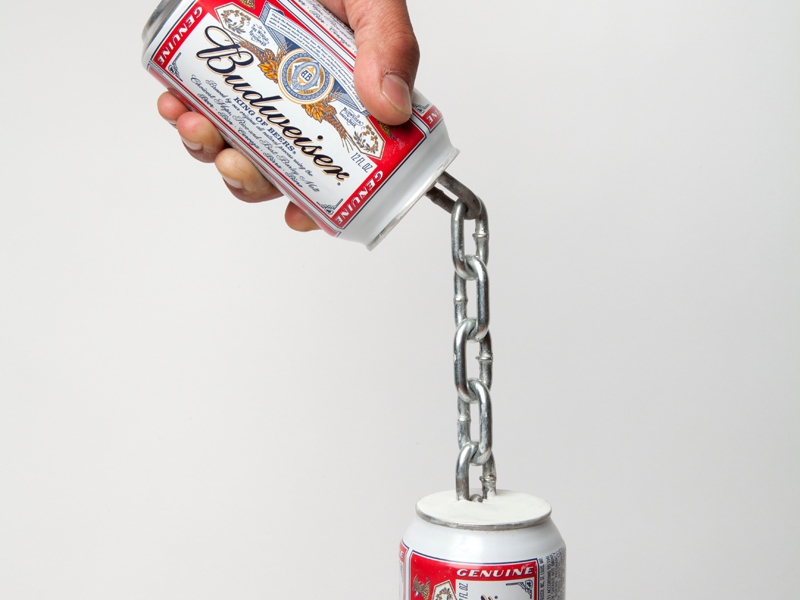 BudChucks …. A new way to get a headache from Budweiser

The next time you get a headache from Budweiser it might not be because you drank it.  It may be because someone took these bad boys and went all Kung Fu Panda on your ass.

The first canned brew in our search for the the perfect summer brew is Anderson Valley Brewing‘s Summer Solstice.  And let’s say our search will continue after this one.