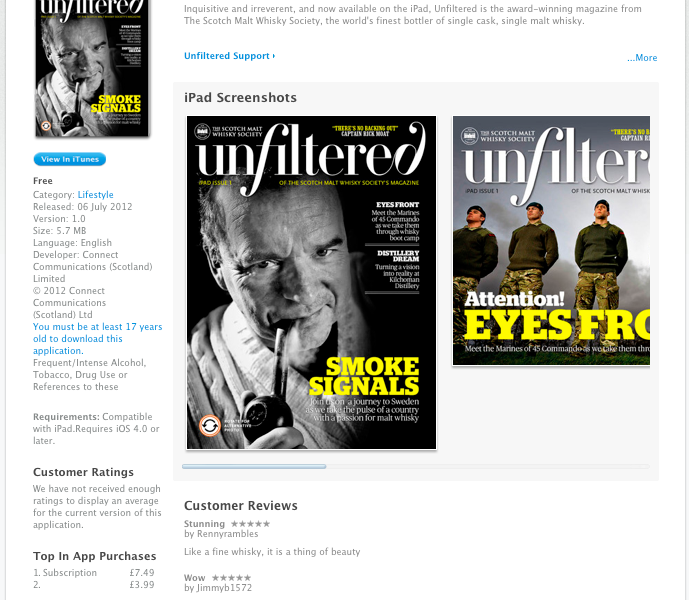 In March of 2010, the WhiskyCast smartphone app was released for the iPhone (available for free via iTunes). It featured direct access to the weekly WhiskyCast podcast, tasting notes and ratings for over 400 whiskies (written by Mark Gillespie, the founder of WhiskyCast), a calendar of events that […]