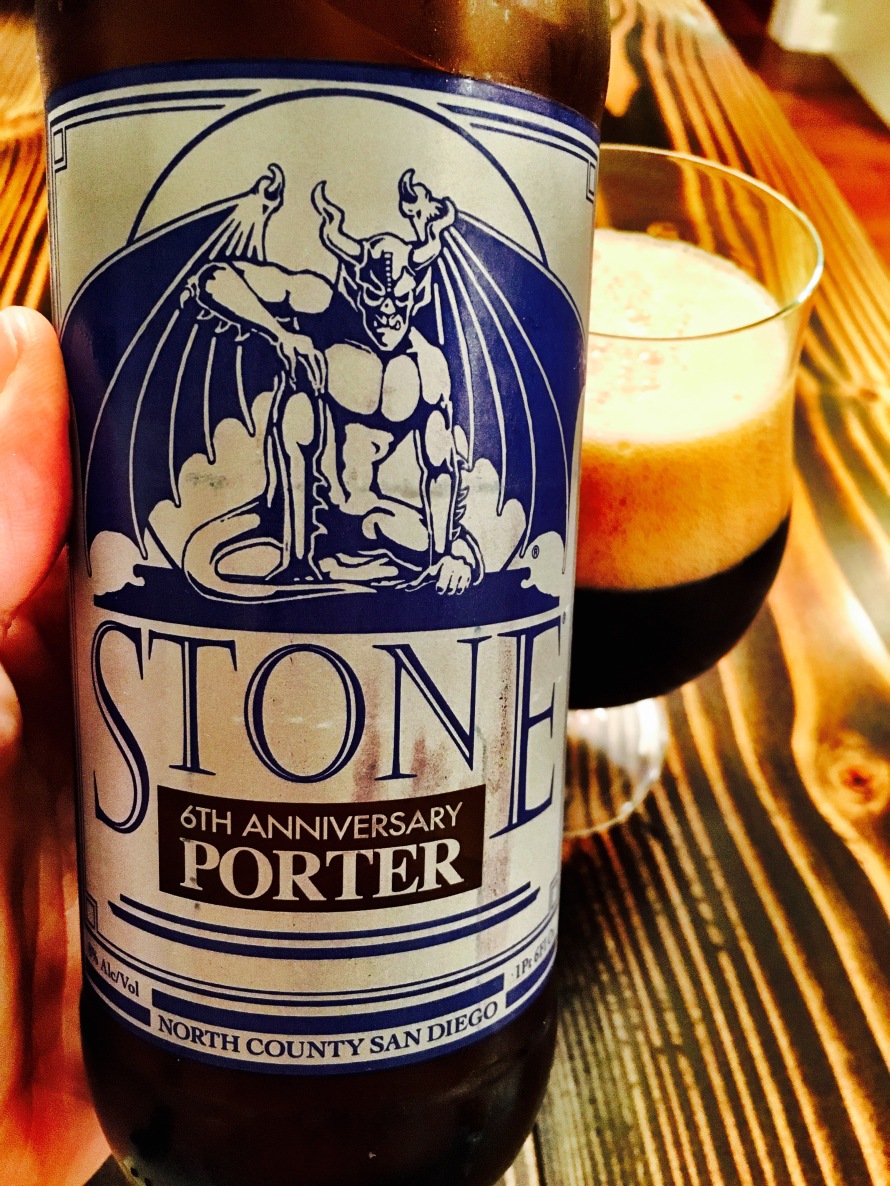 I recently had my hip replaced. The other day, as a part of my physical therapy regimen, I walked all of sixty feet to G-LO’s patio. Since an immediate turnaround would have been too taxing given my delicate condition, I was left with no choice but to knock on the door and ask G-LO if I could take a breather at his house for a moment or two. Never one to be anything less than hospitable, G-LO welcomed me in and seeing that I was a bit parched, offered me a short pour while I rested up for the long walk home. Much to my surprise, G-LO had another bottle from Stone’s 20th Anniversary Encore Series (a re-release of their 6th Anniversary Porter). Having recently had the Stone 12th Anniversary Bitter Chocolate Oatmeal Stout, I was really looking forward to this one.

Here’s what Stone has to say about the 6th Anniversary Porter in their press release:

We celebrated our first five years in business by releasing anniversary India pale ales, with each subsequent IPA brewed to be hoppier and more intense than the previous. For our 6th anniversary in 2002, we extended this concept by making an intensified version of Stone Smoked Porter. We cranked up the malts and hops a notch or three and conditioned it on French and American oak, which accentuated our porter’s distinctive smokiness and amplified its chocolate and roast coffee flavors while also adding subtle notes of toffee, cherries, dried berries and vanilla. We’re proud to give those who missed out—as well as those who didn’t—a fresh shot at experiencing this smoky, dark-as-night wonder.

And now onto our impressions of the 6th Anniversary Porter…

Many thanks to G-LO for his continued hospitality!