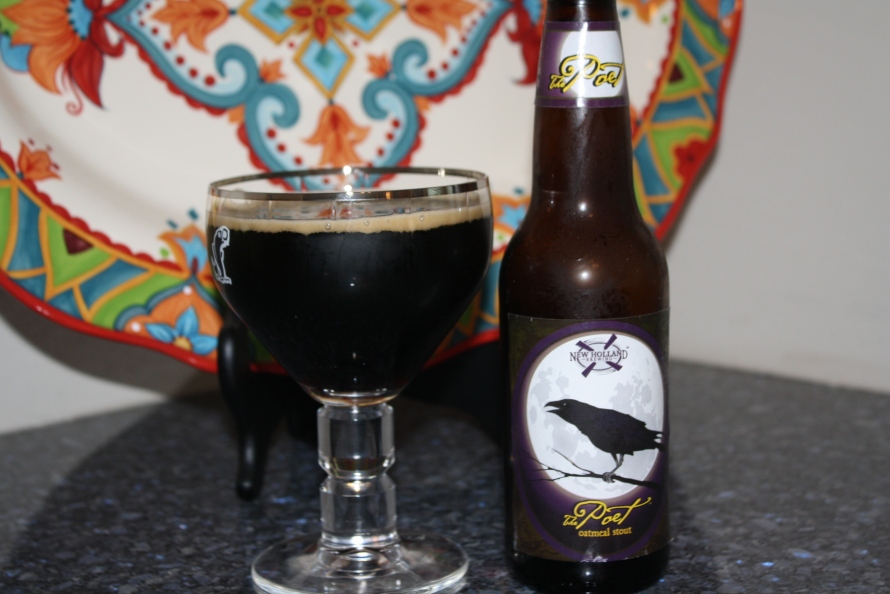 As a part of a mixed six, I picked up a bottle of New Holland’s The Poet. I had had their Full Circle Kölsch and the Mad Hatter India Pale Ale so I was familiar with the brewer and I really enjoy an oatmeal stout. New Holland is the brainchild of Jason Spaulding and Brett VanderKamp who founded the brewery in Holland, Michigan in 1996. They have eight beers in their regular lineup, a number of seasonals and also distill whiskey, rum and gin.

Here is what New Holland has to say about its Poet:

The Poet has a rich, smooth malt character enveloped in tones of roast and chocolate. A soft mouth-feel brings luxurious flavors and soothing aroma. Any time of year, The Poet is as versatile as it is delicious. It pairs wonderfully with earthy flavors such as mushrooms and beef, while remaining the perfect accent to any chocolate dessert.

I found the Poet to be…

Having had the Barney Flats and the Samuel Smith, I thought this was very uneven and way out of balance for an oatmeal stout. The Poet was much closer to a more traditional stout or even a breakfast stout.