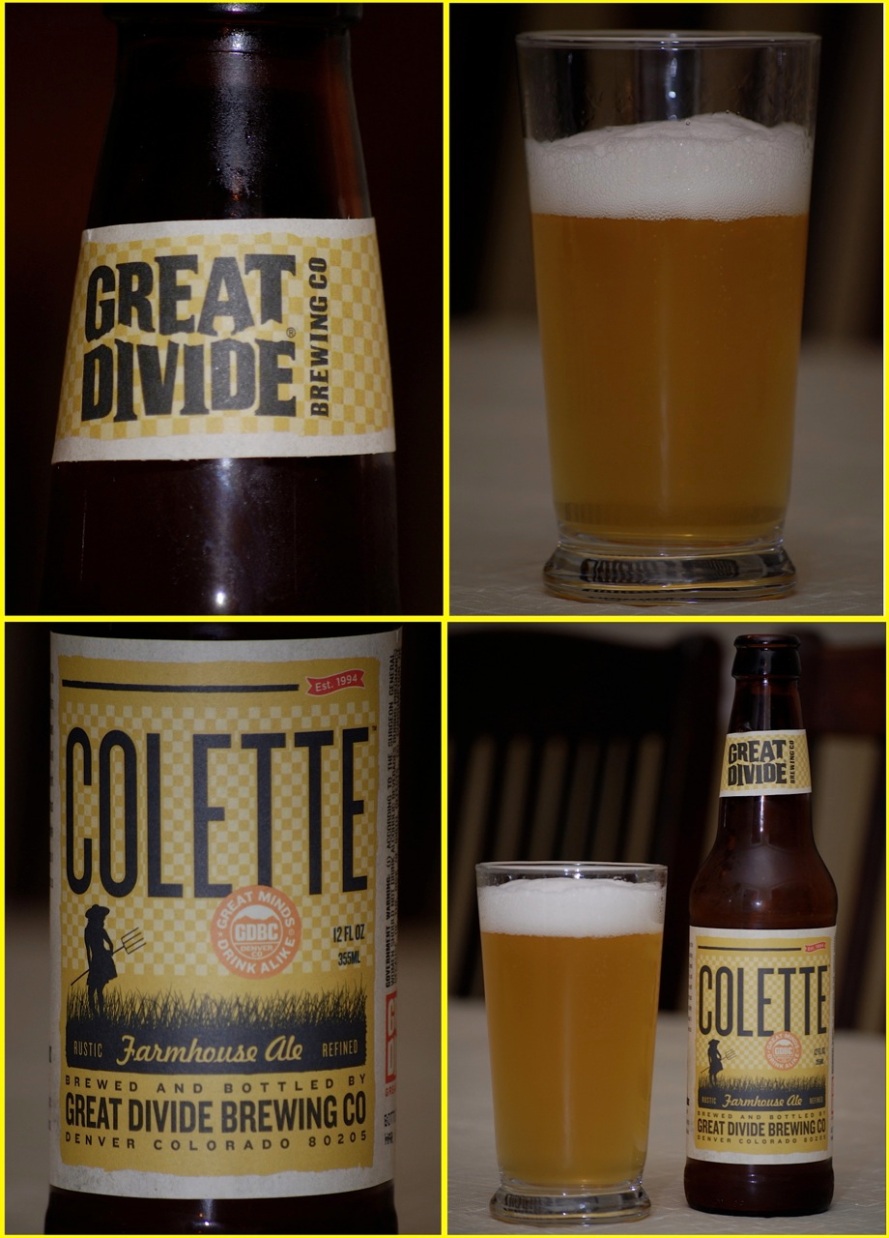 The closest I get to a farm is a visit to the local farmer’s market, and the occasional trip to Lancaster County in Pennsylvania. Though I live in the suburbs, I’m a city boy at heart. So here’s the question… can you make a decent Farmhouse Ale in the city, or does it actually have to be brewed on a farm to be any good?

“Saisons are sturdy farmhouse ale that was traditionally brewed in the winter, to be consumed throughout the summer months. Not so long ago it was close to being an endangered style, but over recent years there’s been a massive revival; especially in the US.

This is a very complex style; many are very fruity in the aroma and flavor. Look for earthy yeast tones, mild to moderate tartness. Lots of spice and with a medium bitterness. They tend to be semi-dry with many only having touch of sweetness.”

Great Divide Brewing Company is located in Denver, Colorado, and the Colette Farmhouse Ale is one of their seasonal beers which is available in the late Spring/early Summer.  Let’s see how this city brewed beer stacks up…

Taste: Very crisp and citrusy. Medium carbonation. Tart but not overly so. Very clean, lasting finish. Much like the Dogfish Head Saison du Buff and the Saison Dupont, it reminds me of Champagne.  I really like Champagne!

Rating: I first had this beer three weeks ago during board game night with Mrs. G-LO and Mr. & Mrs. Alemonger. I liked this beer so much that I had to write about it ASAP.  I am happy to report that this beer makes a great first AND second impression. Though it’s not quite as good as the Saison Dupont ($5 for a 12 ounce), and definitely not as complex as the Dogfish Head Saison du Buff ($4 for a 12 ounce), the Great Divide Colette, at around $2/bottle, is a great value and deserves a B+.