On the Scottish island of Islay, the legend is that the local waters taste and smell of peat. In San Diego, the air may have more than just legend in it as beer seems to teem from every pore of the area. But there’s a burgeoning new scene […]

Here we go again! Yet another Golden Ale with the aroma of 2AM, Oregon Diner coffee. The last beer that smelled like this came from the Windy City. The brewer of that beer was Goose Island. This time around, it’s a beer by the Billion Dollar Brewer, aka Ballast Point […]

As I was drinking this beer at “The Murder Table” (that’s what Limpd calls the island in our newly renovated kitchen), I kept asking myself, “What’s a grunion?”. It turns out that a grunion is a type of fish which is indigenous to Southern California and northern Baja […]

While doing a bit of Craft Beer/Wine/Whisky gift shopping over the 2012 holidays, I noticed that Green Flash has finally released 12 ounce versions of their Le Freak ale. Since I have yet to have a lackluster beer from this brewery, I just had to pick up a […]

On the day before the Super Bowl, Mrs. Limpd extended an invitation to Mrs. G-LO and the rest of the G-LO clan to attend an impromptu Super Bowl party at Chateau Limpd. Since we knew that this would be a great opportunity to spend some time with friends, […]

This is my second tasting of the Green Flash Rayon Vert. I first had this beer at The Alemonger’s house as part of a mid week tasting a couple of weeks ago. He picked up this beer during his most recent road trip to State Line Liquors in […]

Whenever someone mentions Green Flash Brewing, I think aggressively hopped beer. While putting together a mixed six pack of beers during a recent visit to Wine Works in Marlton, NJ, I stumbled upon a bottle of their Double Stout. Since Green Flash has yet to let me down, […] 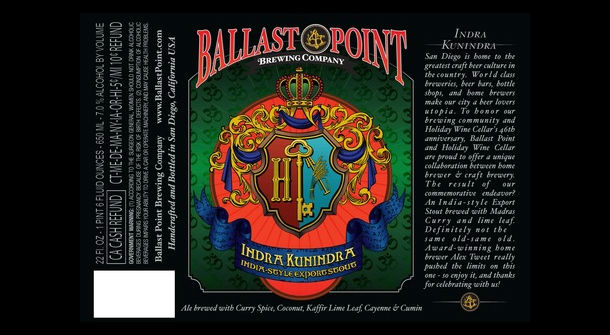 This past Saturday night, Mrs. G-LO and I joined Mr. and Mrs. Alemonger for dinner at Casona, a Nuevo Latino restaurant in Collingswood, NJ (click here to read The Wookie’s review). Since we devoured a delicious meal that consisted of Empanadas de Pollo, Yuca Frita, four types of

Recently, I redeemed a Father’s Day gift certificate for lunch at the Wishing Well. As I had opted for a Shame Burger, I needed a bigger beer to compensate for all of the meat. To that end, from the extensive beer menu, I selected a beer from Ballast […] 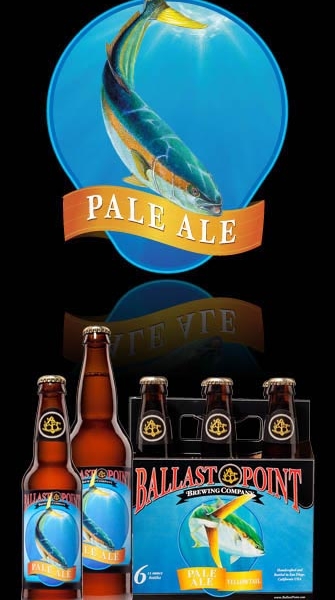 While in San Diego, we stopped at Café Coyote and with dinner I opted for a Ballast Point Pale Ale (Yellowtail). From the Ballast Point site:

Episode 24: Westward Whiskey, Reservation Dogs, and a What We’re Watching Update - What We Watch When We Drink

On #Podcast Episode 24, we go through 4 @westwardwhiskey expressions with the great, @whiskeykuya (Hector Ramos), discuss the glorious #ReservationDogs, and go through a What We're Watching Update.
It was an all #whisky night of #research.
Cool temps demand warming brews, and at 9.4% ABV, this Chocolate Hazelnut Imperial #Stout certainly qualifies as that. Click play to hear our many thoughts on this #beer that found its way to the #MurderTable thanks to the elusive @alemonger.
How’s this for a teaser of things to come on BoozeDancing Media?!?
For round 2 of our @bimberdistillery reviews, we’re discussing a whisky that was finished in ex-Vino de Naranja casks. Click play to hear all our thoughts!
On today’s #video, we’re sampling four different #nitro #coldbrew #canned #coffee expressions from @firedeptcoffee. Click play to hear our many many thoughts!