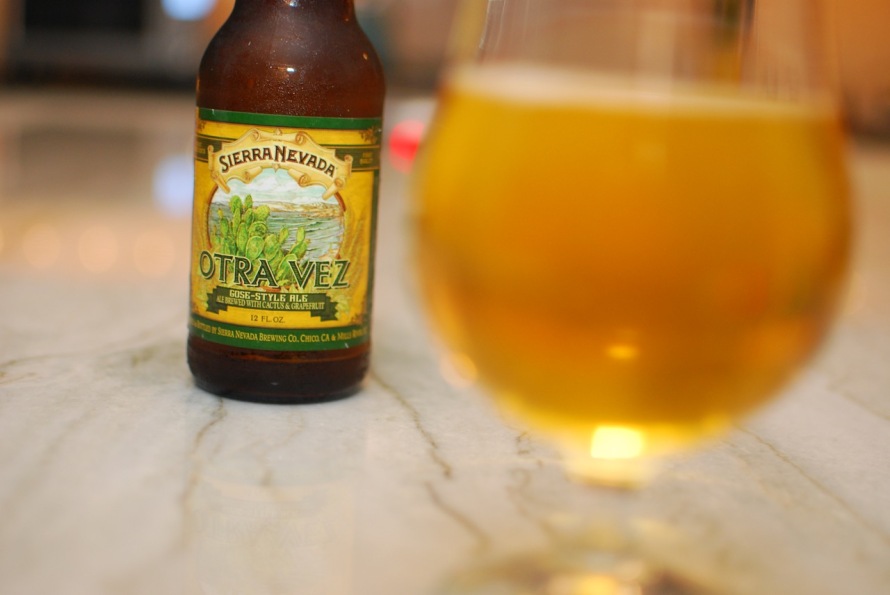 How do you say Gose?
Repeat after me: GOH-zuh.
I have yet to try a German version,
But I’ve had several American versions.
Four of them to be exact.

My first Gose was made with blood oranges.
My second was made with cherries.
My third was closer to the traditional version.
So was my fourth.

Sierra Nevada’s Otra Vez is more like my first two Gose experiences.
It’s brewed with prickly cactus pear and grapefruit.
Their goal was to brew up a warm weather friendly beer.
One that’s thirst quenching, yet packed with flavor.
Let’s find out if it’s any good…

Otra Vez is tart, but not too tart.
Fruity, but not too fruity.
Citrusy, but not at all pithy.
Crisp, refreshing, and infinitely drinkable,
With a finish that leaves you with a mild pucker.
The kind you’d get after sipping on a dry German wine.

In the words of The Almonger,
“Probably not a true classic Gose, but approachable and addictive.”
I couldn’t agree more!