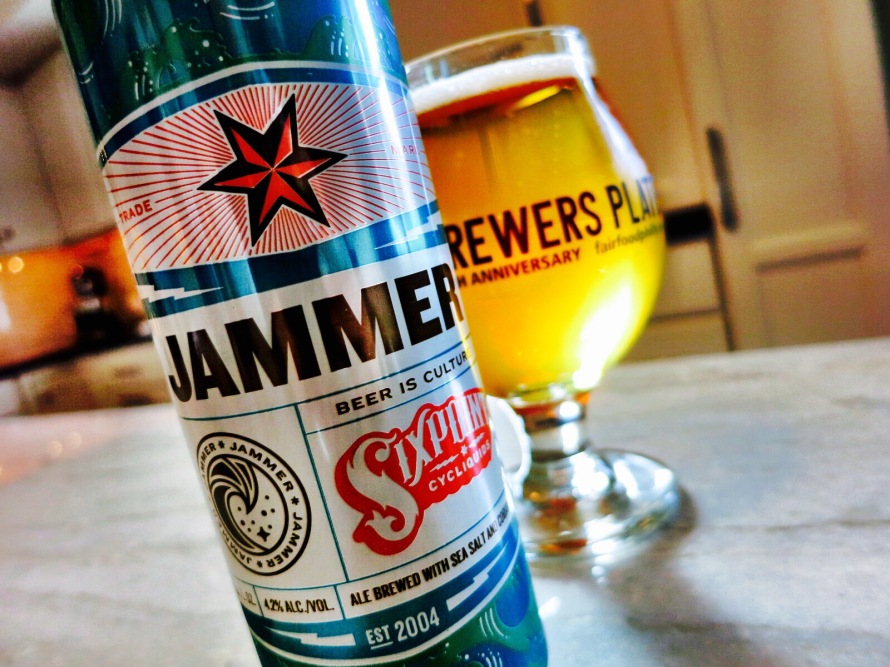 Summer worthy Craft Beer is all about the session.
Something you can drink all afternoon while lazing by the water.
Poolside or on the beach near the crashing waves; the choice is yours.
Much like what you pour into your glass to keep cool and hydrated.

While the Brewers at Sixpoint don’t come right out and say it on the can, the sea salt used to make Jammer tells us that this beer is a Gose.
I’ve had a Gose or two, but neither were the traditional version.
One was made with cherries, the other with blood oranges.
Both were kinda tart with the slightest bit of saltiness.

Jammer claims to be salty, sour, and slammin. I know because it says so on the back of the can.
I’m not getting any of that.
The front of the can claims that there’s coriander in there too.
I’m getting that, and it tastes good.

If you ignore the ingredients and push those “slammin” claims aside, one question remains:
Is Jammer any good?
While it doesn’t have the Gose qualities that various websites say it should have (it ain’t salty and it ain’t sour), it is pretty crisp and refreshing.
Taken in that context, I’d say Jammin is pretty good as a summer refresher.
Just don’t tell me it’s a Gose.