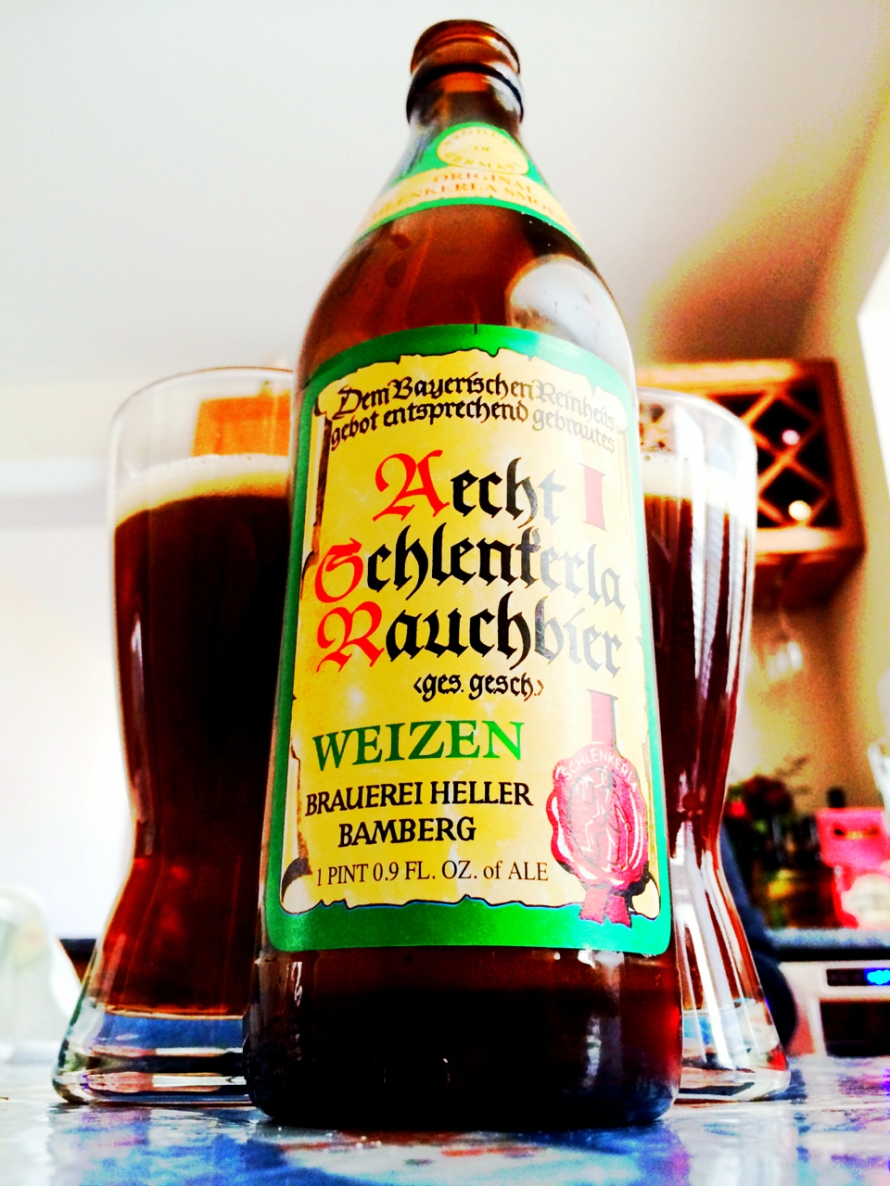 Recently, in an effort to expand my beer horizons, I had G-LO over to debate the merits of smoked beers. I had picked up two beautiful bottles from Brauerei Heller-Trum / Schlenkerla. The first was the Aecht Schlenkerla Rauchbier Urbock which I found to be fantastic. The second is the Aecht Schlenkerla Rauchbier Weizen. At the 2014 Australian International Beer Awards, this beer won the Gold medal in the smoked beer category and the brewer won the Cryermalt Trophy for Champion – Medium-sized  International Brewery.

Before we get to my review, here is what Schlenkerla has to say about the Weizen:

Schlenkerla Smokebeer Wheat is an ale with light smoky aroma. As Bavarian wheat beers, it is being brewed with a mixture of both barley malt and wheat malt. The portion of barley malt is hereby a classic Schlenkerla smokemalt, while the wheat malt remains unsmoked. Served unfiltered with its natural haziness, Schlenkerla Wheat reaches its full aroma through bottle fermentation with fine top fermenting yeast.

And here’s my take…

I didn’t like this one as much as I liked the Urbock. Not that there is anything wrong with this beer; it is still a really, really good beer. For me, I think it is more a question of the style; I am just not as big a fan of the wheat beers as I am of a heavier beer like the Urbock. One work of caution; this beer is bottle conditioned so as you pour it out you need to beware the residual schmutz in the bottom of the bottle/glass.