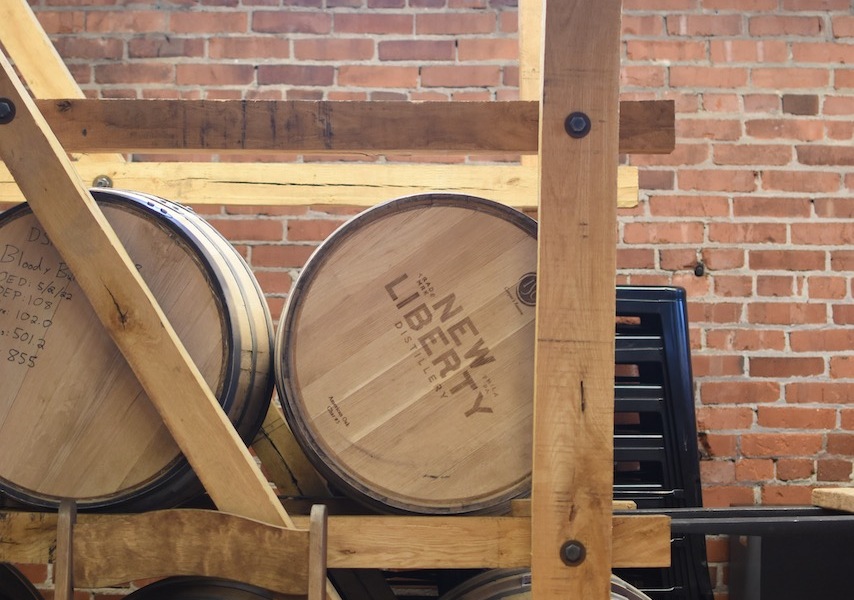 An After Hours Visit to Philadelphia’s New Liberty Distillery

When one travels the majestic New Jersey and Pennsylvania highways and byways (now pothole free!) with G-LO (also now pothole free!), the sights are never-ending. The Great Rust Belt is now but a skinny tie, but many of the skeletons still sit, waiting to be turned into hipster […]

There’s been much written about Disney’s re-imagination of their theme parks; now heavy on Star Wars, the Marvel Universe, and lower admission prices very light on Mickey Mouse. Folks travel from near and far to “The Happiest Place On Earth” (not to be confused with OUR happiest place […]

The Extravaganza That Is Whiskey Bonanza 2019 at The Twisted Tail!

So here’s a mystery for you… Why the hell haven’t we attended The Twisted Tail’s Whiskey Bonanza before??? Sure, we’ve been to bigger whiskey events over the years, but few have had the vibe of this one. From the charming and rustic venue to the super enthusiastic bartenders and […]

Brisket + Whisky = Kiddushfest! Our DEFINITIVE Recap PLUS a Q+A with The Wandering Que!

G-LO: Well, you did it again! A red-eye flight from LAX to JFK on Tuesday evening, an afternoon of eating and drinking in Midtown Manhattan on Wednesday afternoon followed by a 4 hour Kosher BBQ and whisky event in Battery Park at a little thing called Kiddushfest – […]

G-LO: 2019 marks year 12 for Philly Beer Week (which lasts 10 days, as opposed to the standard 7 day week. New math perhaps?). Our first Philly Beer Week outing, which was way back in 2010, sure doesn’t feel all that long ago. Seriously, where does the time […]

48 Hours in Madison, Wisconsin with The Minty and Whisky Guy Rob

If you’ve ever read Nick Hornby’s High Fidelity (or even seen the film, which is pretty faithful to the book except for the fact they they made all of the characters American and moved the location from London to Chicago), then you know that lists play a pretty […]

Limpd and I had two options yesterday afternoon: Option #1: Stay at work and toil away at our mostly thankless jobs until 5pm. Or later! Option #2: Leave a little early to attend a behind-the-scenes preview tour of a new brew pub in Center City Philadelphia. As evidenced […]

When Mrs. Satellite Engineer came up with Scotland as a Spring Break destination for us and the teenage daughters, my first thoughts went quickly to Islay. That idyllic island on the west coast is forever in my mind after three days there with the Single Cask Nation (SCN) […]