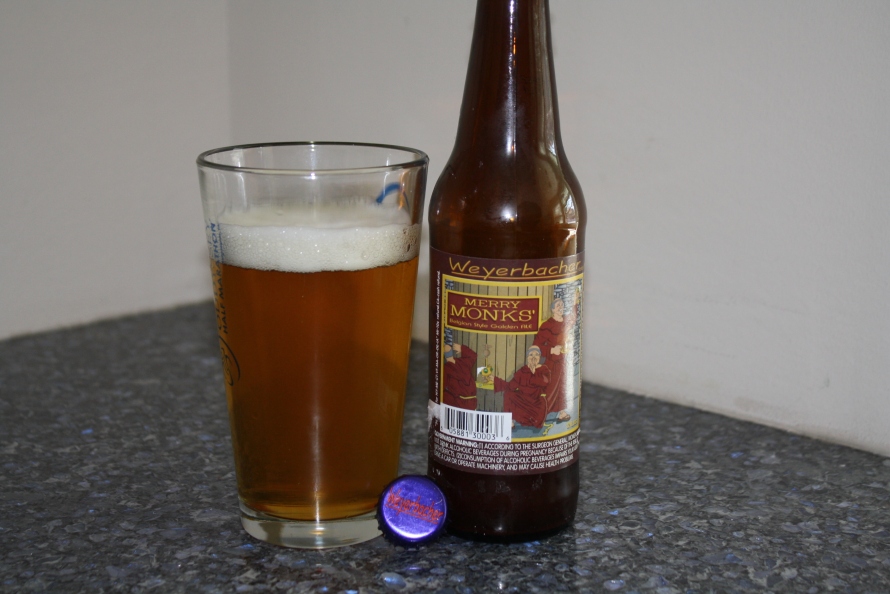 Merry Monks’ is a Belgian style Abby Tripel.  To be true to the style, Merry Monks’ Ale is bottle conditioned. This means we add a bit of sugar and yeast just prior to bottling. This imparts a special effervescence to the beer, a creamier carbonation, and also extends the shelf life. The on-going fermentation inside the bottle will change the character of the beer as it ages, and you’ll find it becomes dryer with age. You may want to lay down a few bottles for future evaluation. We suggest storing at cellar temperatures – around 55°F – and away from light.

When you try this beer you’re in for a unique treat. The special effervescence and creaminess are immediately apparent when pouring. The pilsner malts combined with the Belgian yeast strains yield a remarkable and complex flavor- perhaps you’ll note subtle hints of banana. The flavor is nicely balanced and the finish moderate to dry, begging for the next sip.  This 9.3% brew is available year-round.

I found this beer to have the following characteristics…

This was a good take on an old style. I found this to be very easy to drink, and at 9.3% ABV, a very dangerous start to the afternoon.