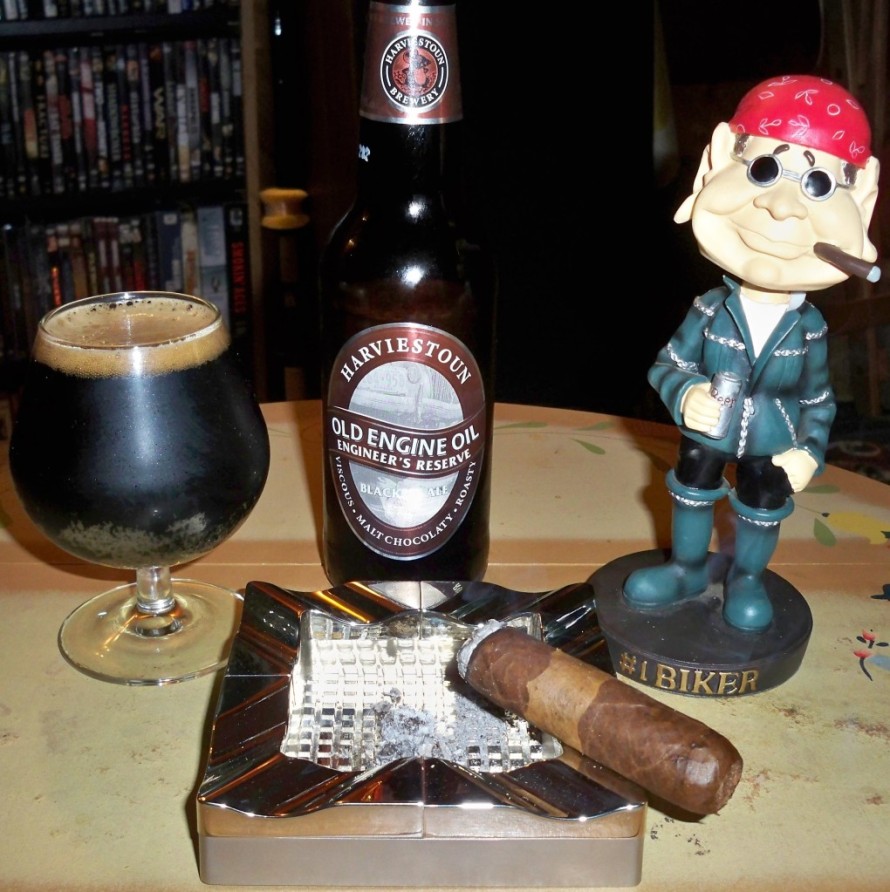 On a trip to the Roger Wilco (formerly the Wine Warehouse), I picked up a bottle of Old Engine Oil Engineer’s Reserve from Harviestoun brewery. I had already had the Old Engine Oil and the Bitter & Twisted, so I was familiar with the brand and I really like the style, English porter (black ale).  Harviestoun is a small, brewer located in Alva, Clackmannanshire, Scotland. The brewery was founded in 1985 and has been bought and sold several times and is once again independent.

I found the Engineer’s Reserve to have the following characteristics.

This was an Old Engine Oil on steroids. Every bit as flavorful and chocolaty as the original, the Engineer’s Reserve has an enhanced fruity note that adds to the well-balanced taste and covers up the additional alcohol content. At 9% ABV, this could be a dangerous find.