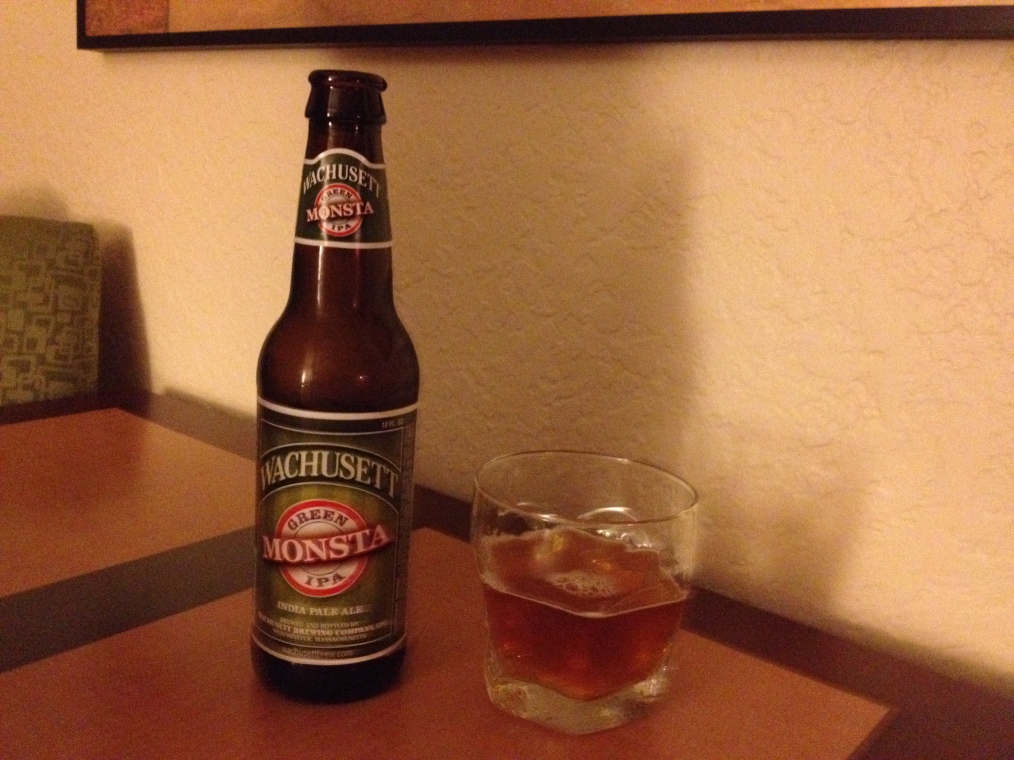 The Mrs. and I found ourselves in Boston with the kids over spring break. While running between sight-seeing activities, I came across the Wachusett Green Monsta IPA on the shelf of a local spirits shop. Since I was unfamiliar with this brand, I decided to pick up a six-pack and give it a try.

The brewery was founded by three friends in 1993. Their very informative web site details the history of their founding as well as information on each of their products. Here’s what the folks at Wachusett Brewery have to say about the Green Monsta IPA…

An All-American yeast teams up with Cascade, Amarillo and Centennial for a homerun of hops in every sip. Caramel 40, Caramel 80, Bondlander Munich, Rye and American two-row malts. The Monsta is available all year round.

Here’s how I found the Monsta:

Overall, I liked this beer. As I mentioned earlier, I was expecting a much bigger hops bite than I found with this one. I generally like “hoppy” beers, and if this beer was not as balanced and easy drinking as it is, I might have been disappointed. The folks from Wachusett also have their Wachusett India Pale Ale that rings in at 5.5% ABV and 50 IBUs. I’m going to try to pick up a six of this IPA and do a head-to-head comparison.