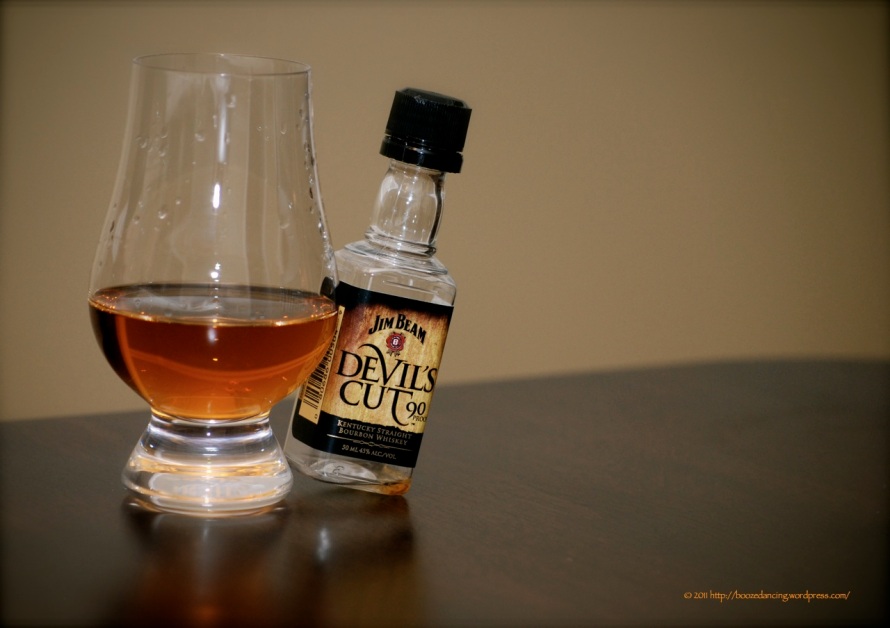 I guess it’s true what they say. Three times really is a charm! This is the third time that we’re writing about the Jim Beam Devil’s Cut Bourbon (1st time: The Wookie, 2nd time: Yours Truly), but this time, one of us is actually going to taste it!

Let’s get on with the review…

I wasn’t expecting to like this whiskey. I don’t care for the look of the bottle or the label, and the “extracting whiskey from the wood” process sounds a bit too gimmicky. To say that I had low expectations would be an understatement.

I am happy to report that Jim Beam Devil’s Cut Bourbon is actually very good, and at an average price of around $23, it’s also a very good value. Devil’s Cut is a very smooth and very drinkable Bourbon. You can definitely taste the alcohol when you drink it neat, but it’s not harsh, and it doesn’t burn like a lower quality whiskey would. If I had to rank it against other Bourbons, I would say that it’s a notch above the standard issue Buffalo Trace, and several notches below the standard issue Knob Creek Small Batch (not nearly as complex and flavorful). It looks like Jim Beam proved me wrong and crafted a very good and affordable whiskey. Being wrong never tasted so good!