A Whisky and Food Pairing You Should Definitely Try!

Today’s blog post, which is all about pairing whisky and seafood, was written by Kevin Fagan, Content Manager at Lobsters Anywhere. If this doesn’t make your mouth water, then you’ve landed on the wrong corner of the internet.  Enjoy! The key to pairing whisky with food just like […]

On today’s episode of A Tasting at The Murder Table, we head back down to Virginia for yet another visit to Filibuster Distillery and a taste of two more of their whiskey expressions. The first is called their Dual Cask Straight Bourbon and the second is called their […]

Whiskey drinkers know all too well that once a previously unknown whiskey gets some press and notoriety (or a celebrity endorsement!), the price goes up, up, UP! It happened to Pappy Van Winkle. It happened to the Buffalo Trace Antique Collection. It’s happening to Blanton’s. And so on, […]

Limpd calls this Bourbon, The Prophet. I call it, The Frodo. The fine folks at Heaven Hill Distillery call it Elijah Craig Small Batch Kentucky Straight Bourbon Whiskey. For those of you that aren’t familiar with THE Elijah Craig, he was the first person to char oak barrels […]

When Maker’s Mark launched their Maker’s Mark 46 in 2010, they took what was already a very good Bourbon and turned it into something great. It was the first Bourbon in their Wood-Finishing Series and it’s one that we really enjoy. Last year they launched a much higher […]

On Saturday, October 17, 2020 at 9PM EDT / 6PM PDT, we’re broadcasting a LIVE tasting of two very different whiskeys (and maybe a third!) from Milam & Greene of Blanco, Texas. The West Coast Office and G-LO of the East Coast Office were given a sneak preview […]

As we’ve said on numerous occasions, we like whiskey with a “5” in it. Why a “5”? Because a “5” says, “This whiskey isn’t messing around, so proceed with caution…”. On today’s episode of A Tasting at The Murder Table, we sample a Straight Kentucky Bourbon Whiskey with […] 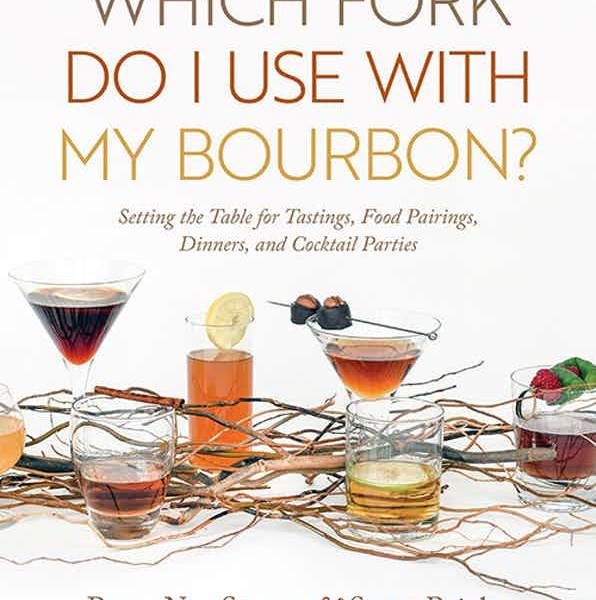 Book Review – Which Fork Do I Use With My Bourbon?

Which Fork Do I Use with My Bourbon? Setting the Table for Tastings, Food Pairings, Dinners, and Cocktail Parties By Peggy Noe Stevens & Susan Reigler If you scrunch your eyes looking into the rearview mirror, you might see a speck of a place that we used to know. […]

Bourbon is a fascinating thing. While there are rules in place… The Federal Standards of Identity for Distilled Spirits (27 CFR 5) state that bourbon must meet these requirements: Bourbon must be made of a grain mixture that is at least 51% corn. Bourbon must be distilled to […]

G-LO: Before we get started, tell us a little bit about yourself. Daniel Kulisek (DK): My name is Daniel Kulisek, and I am the Bourbon Master and Beverage Manager at Bank & Bourbon in the Loews Philadelphia Hotel. G-LO: So you run the bar… DK: Yep. Cocktails, spirits… […]

The fine folks at @makersmark have kicked up the octane to 55.3% for their latest Wood Finishing Series release (the last one was a mere 55% 🤨).
Ladies and Gentlemen,
The fine folks at @drnxmyth were kind enough to send us 5 different #ReadyToDrink #cocktails for us to try at #TheMurderTable.
On today’s episode of A Tasting at #TheMurderTable, we sample a flavored #IrishWhiskey called @dublinerwhiskey & Honeycomb.
Episode 13 of the
Those crazy brewmasters at @perrinbrewing are at it again.Three IPAs with escalating ABVs and escalating IBUs. We reviewed them.