Not so long ago, we received an assortment of beers from R&D Brewing of Raleigh, North Carolina. To be more precise, we received five beers with names such as Lo-Cal Resolution IPA, Passionfruit Gose, Riviera Lager, Seven Saturdays IPA, and Riviera Amber Lager. Since our not so regularly […]

For those of you that aren’t familiar with Dick Cantwell, author of the IPA-centric book shown above, here are a few facts about his experiences in the ever expanding and ever evolving Craft Beer industry: In 1996, he co-founded Elysian Brewing Company in Seattle, Washington. Just as an FYI, […]

Let’s start this review off with a song… Beer Run. A song by Todd Snider and an IPA from Ninkasi Brewing Company’s Special Release Series. When we were first approached by Ninkasi to review their Beer Run IPA, I was assuming that this beer would be a Session […]

Y’all know the drill! First, I tell you how I acquired the beer in the above photo. Then I tell you about it via a bit of cut and paste from the brewer’s website. And then I proceed with my review and leave you with some final thoughts. […]

I’ve met a few brand loyalists in my day. They say: I only drink Brand X. I like it, so why try anything else? That ain’t me. I like variety. Sure, I have preferences… I like hoppy beers. I like tart stuff too. A rich and roasty porter […]

“I fear we’ve entered into a new, and not too wonderful era of sophomoric brewing “creativity…” – The Alemonger The above quote was The Alemonger’s response when I asked if he’d seen Ballast Point’s Pineapple Sculpin in the South Jersey beer aisles. He sure does make it sound […]

I’m a big fan of the beer sampler as I find that it’s a great way to try a variety of beers either from a single brewer or from a variety of local brewers. This was the case when at Smugglers’ Notch, I had the opportunity to try an IPA from […] 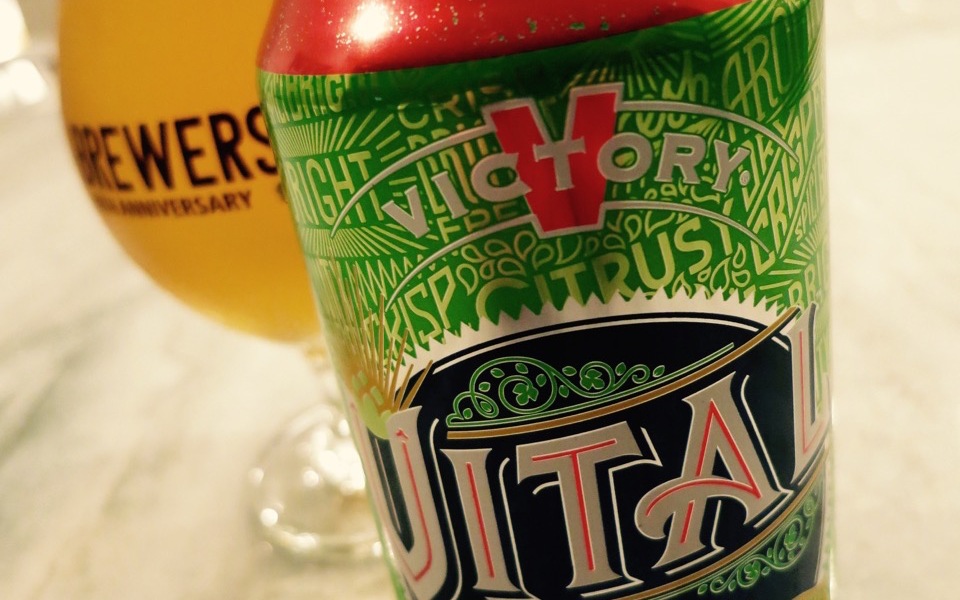 V is for Victory Brewing Company, the maker of the beer in the above photo. I is for IPA, the top selling Craft Beer style in 2014. T is for taste. It’s why I switched from drinking mass market beer to drinking beer from breweries such as Victory. […]