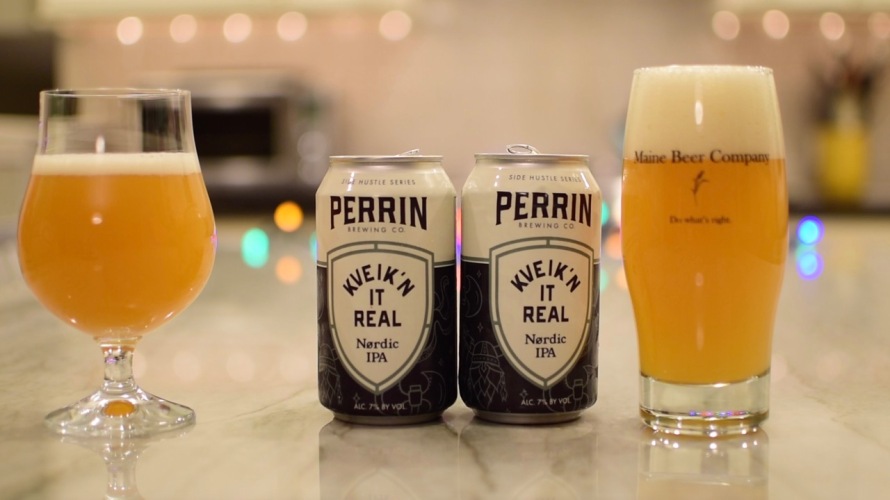 Just when you think you have a handle on all of the IPA varieties out there, a press release lands in your inbox that talks about an IPA style that you’ve never heard of. If you’re like us, you reply to that email and ask for more information and the possibility of getting some samples for a review on your blog and YouTube channel.

On today’s episode of A Tasting at The Murder Table, Limpd and G-LO review a Nordic IPA. Yes, you read that correctly. A Nordic IPA.

Not an English IPA.
Not a West Coast IPA.
Not a New England IPA.
Not even an East Coast, Belgian, Milkshake, or Fruit Salad IPA.

A Nordic IPA called Kveik’n It Real from Perrin Brewing Company of Comstock Park, Michigan is what we’ll be reviewing. And no, it did not come with a Viking helmet shaped drinking glass molded from the breastplate of Hiccup’s mother. And yes, perhaps we’ve watched How To Train Your Dragon one too may times.

Here’s what Perrin Brewing Company had to say about the Nordic IPA with the punny name:

Great Odin’s Ghost! There sure were a whole lot of funky and fantastically named ingredients used in the making of this beer. Was all of this exotic ingredient sourcing worth all that trouble? Fear not, Fine Friends! We’re here to put this beer through its paces.

To see and hear all that we had to say about Perrin Brewing’s Kveik’n It Real Nordic IPA, click play on the following video:

If you like what you saw and heard, please subscribe to the blog and our YouTube channel. It’s the easiest and BEST way to find out what we’ll be tasting next!

Many thanks to Perrin Brewing Company for sending us these very generous samples!