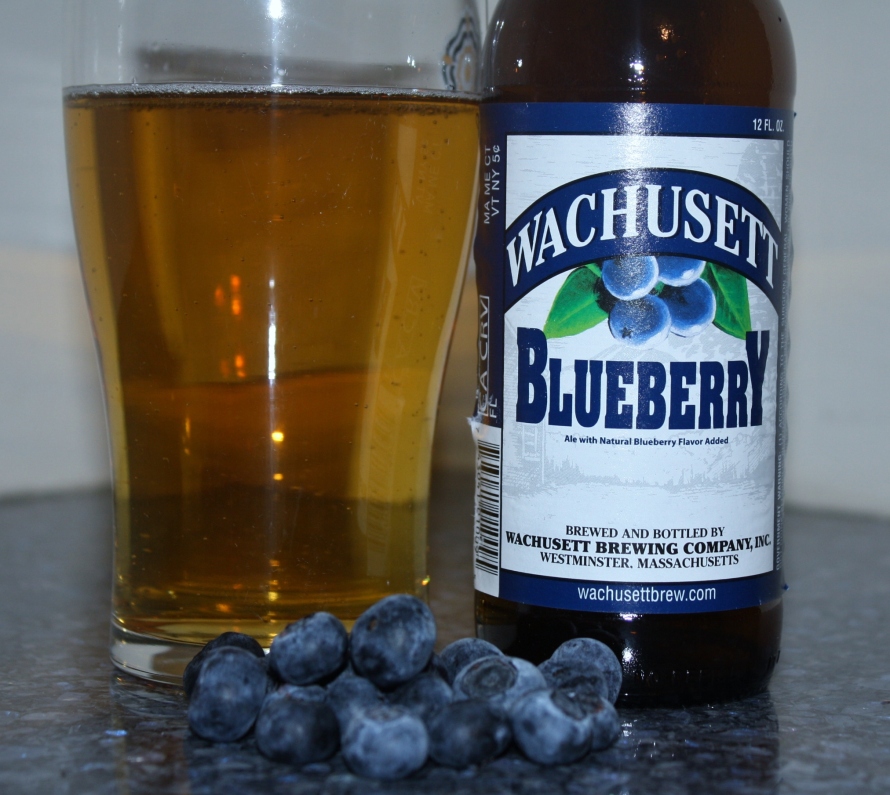 With the warm weather hitting us hard, I was looking for something a little more refreshing than my typical bottle of stout. Not one to shy away from fruited beer, I picked up a bottle of Wachusett’s Blueberry Ale. I’ve had other blueberry beers (the Bar Harbor comes to mind) and some of the Samuel Smith Fruit Ales (raspberry and apricot) and some of the Leinenkugels (including the very sad, Shandy). So, I wasn’t in unfamiliar territory. I was looking for something with a decent amount of sweetness and a crisp, clean finish. Wachusett Brewing is a Massachusetts brewer that was founded in 1993 by three Worcester Polytechnic Institute graduates. They are known for a wide variety of beers including the Larry (an Imperial IPA), the Milk Stout and the Nut Brown Ale.

Before we get to my review, here is what Wachusett has to say about the Blueberry Ale:

Our Blueberry Ale defines the style. The slight aroma of blueberry is balanced by a subtle flavor that gets fermented into this delicious wheat ale. It’s the perfect, refreshing beer for any season.

I found the beer to be…

This was a very average fruit ale. It was very drinkable and very light but I don’t know that I would go back for another. On the plus side, it does come in a can so if you are traveling somewhere that prohibits glass (like a pool) it might be the best of what is available. For my money, I think I’d rather try another blueberry beer or go back to the Samuel Smith Apricot or a Magners Pear.