Two Days in Manhattan Part I – Day One

Mrs. G-LO and I celebrated our anniversary the same way that we did last year, by spending a weekend in Manhattan. Since she’s a VERY thorough travel planner, we had a full itinerary which included food, a museum, more food, nap time, more food, drinks, food again, more drinks, and maybe even a Broadway show. There was only one problem… we only had 48 hours to get it all done! Thanks to NJ Transit running on time and a decent weather forecast (it rained the entire weekend last year), we were checked in to our hotel and ready to hit the streets by 11:30AM of Day 1. 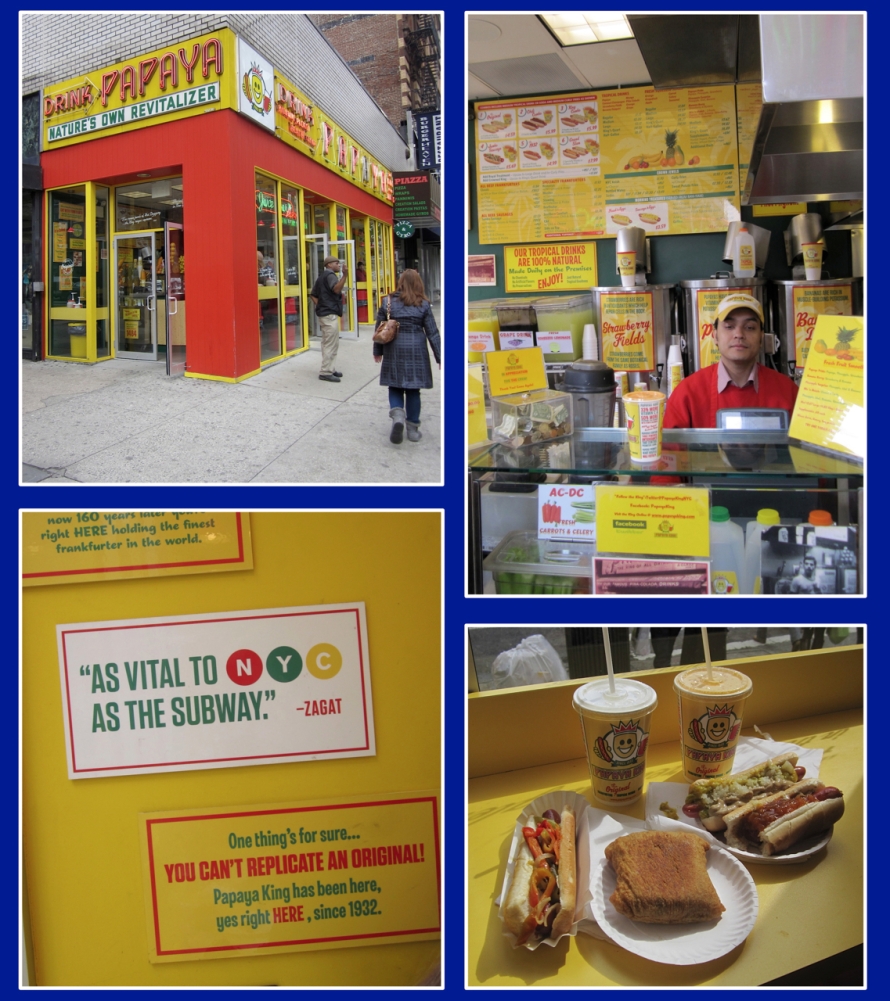 12:00PM – Our first stop would be at Papaya King (179 East 86th Street) for hot dogs, a potato knish,  and their famous tropical drinks. The hot dogs lived up to the hype, but the tropical drinks were a disappointment. Mrs. G-LO had the Papaya drink and I had the Banana Daiquiri (no rum sadly). While the Papaya drink was ok, the Banana Daiquiri was just plain awful. It had a very artificial banana flavor and a nasty aftertaste. When I can’t finish a drink, you know there’s a problem. I would definitely go back for the hot dogs, but next time I’ll just get a soda to wash it all down.

12:30PM – After our quick and ultra-inexpensive meal at Papaya King (under $10 for everything), we headed over to the Metropolitan Museum of Art for a couple of hours. That place is huge and definitely worth a second visit. The Guitar Heroes exhibit was particularly interesting and I was completely riveted by a video of a custom guitar being built by a master craftsman.

3:30PM – Since our dinner reservation wasn’t until 8PM, we decided to stop at Shake Shack (154 East 86th Street) for a mid-afternoon snack. I had an Ithaca Groundbreak Saison, The Wife ordered a Chocolate Malt, and we split a cheeseburger. I have been hearing about Shake Shack for quite some time and was excited to finally give it a try. While the burger was good, it wasn’t anything special, and the Chocolate Malt was cursed with too much chocolate syrup and not enough malt (the wife concurs). Per The Wookie, I needed to try the Shake Shack at Madison Square Park (23rd and Madison Avenue) since that’s where the chain started. Maybe next time.

4:30PM – The Wife headed back to the hotel for a pre-dinner snooze and I took a walk over to Park Avenue Liquors (292 Madison Avenue) to spend some of my birthday money. The Wookie told me that the place was small, but very well stocked with hundreds of wine and spirit selections from around the world. He wasn’t kidding! The store is just a bit wider than a South Philly rowhouse, but every nook and cranny is filled wine and spirits. I purchased two whiskies on this trip: Parker Heritage Collection Wheated Bourbon and Glenfarclas 12. While I haven’t had much time to “study” them, I am pleased with what I’ve tasted so far (stay tuned for a full review). 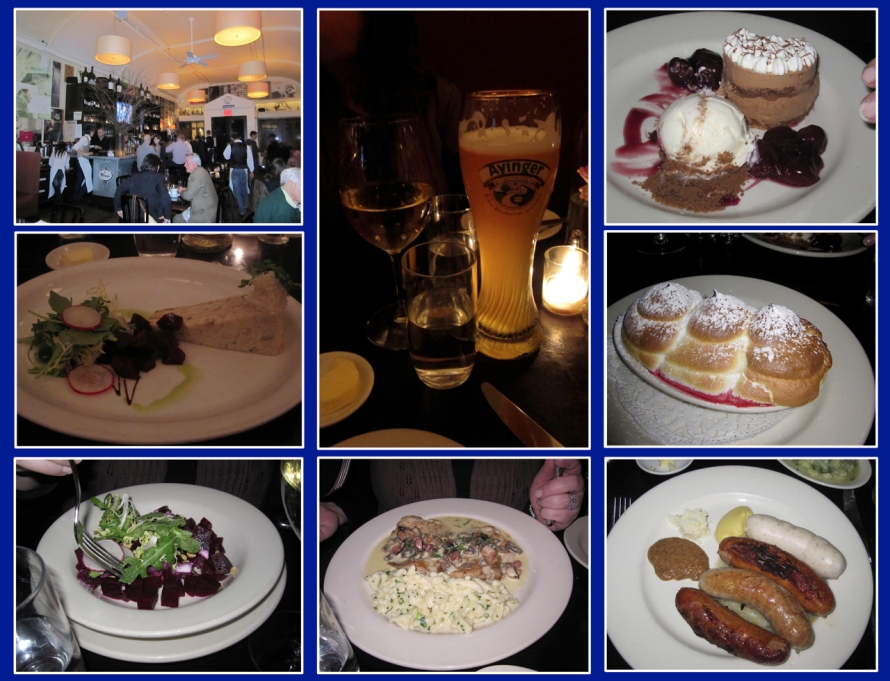 8:00PM – After doing extensive research on Chowhound (The Wife did all the research while I was given veto power), we decided to have dinner at Blaue Gans (139 Duane Street), an Austrian restaurant in Tribeca. I have eaten at several German/Austrian restaurants and have always enjoyed the food, so I figured this would be a great place to have some great beer and hearty food. Blaue Gans did not disappoint us! Here’s what we ordered:

Blaue Gans serves the Austrian equivalent of comfort food, but while the portions were generous, I didn’t feel sick at the end of the meal, which is what usually happens when I overindulge. Everything was very fresh and very well prepared. Good atmosphere, a very professional and well-informed server, and very delicious food made for a great dining experience! Blaue Gans is definitely worth a visit if you happen to be looking for a place to eat in Tribeca.

10:30PM – By the time dinner was over, we were both tired, so we decided to head back to our hotel (The Royalton at 44 West 44th Street). Since the hotel has a very warm and inviting lounge area (plush couches, fireplaces, etc.), I suggested that we have a seat and order some drinks. I was all set to order a beer but instantly changed my mind when I saw that they wanted $11 for a Victory Prima Pils. It’s a great beer, but it’s not an $11 beer! I switched gears and decided to join The Wife and have a cocktail. She ordered a Hotel Nacional and I ordered a Vieux Carre. The Hotel Nacional is “a daiquiri of sorts with dry white rum, fresh organic pineapple and lime juice, apricot liqueur and a touch of sugar”. The Vieux Carre is made with “rye whiskey, VSOP Cognac, Carpano Antica Formula with Angostura and Peychaud’s bitters and a Benedictine rinse on the glass”. Both drinks were beautifully presented and absolutely delicious! I can’t think of a better way to end the evening.