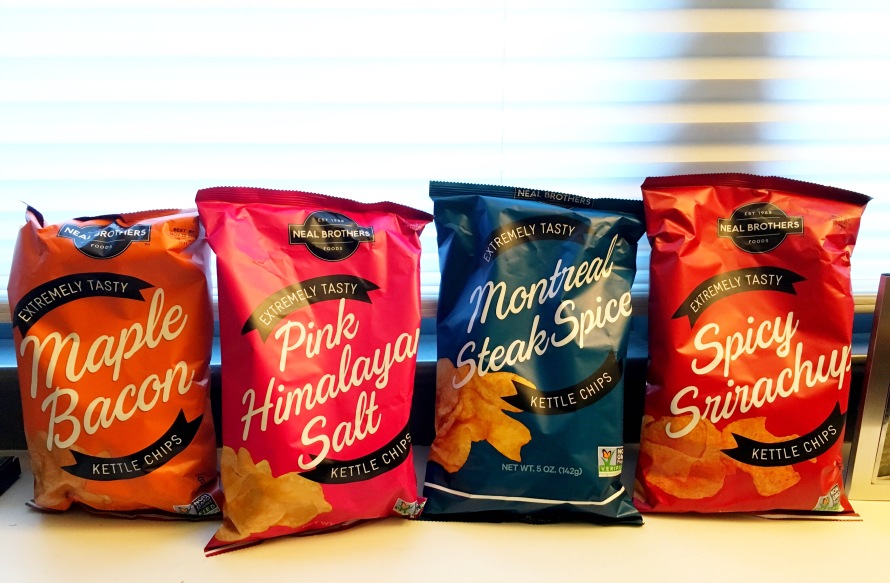 A few weeks ago, G-LO was contacted by Kelly French, a representative of Neal Brothers Foods, a Canadian food company. She offered to send along several bags of their kettle cooked chips and suggested reviewing the chips in conjunction with beer pairings. The flavors included:

As he received four bags of chips, we split the review into two parts.  For our first sampling session, we paired the Montreal Steak Spice with Sixpoint Brewery’s The Crisp, a German style Pilsner brewed in New York while the Pink Himalayan Salt was paired with Maine Beer Company’s Peeper Ale, an American Pale Ale. For our second sampling session, we paired the Spicy Srirachup with Bissell Brothers LUX Rye Ale while the Maple Bacon was paired with Samuel Smith’s Organic Chocolate Stout.

Let’s start our review with the Spicy Srirachup Kettle Chips… 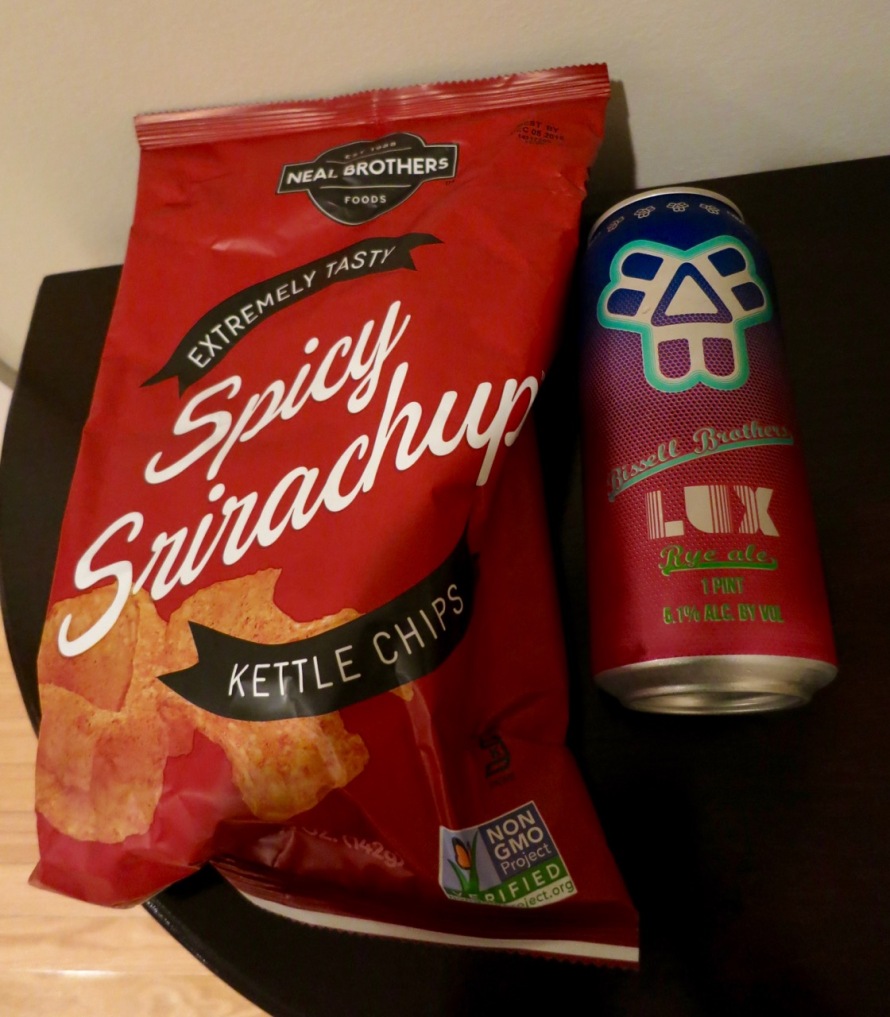 And now our impressions of the Maple Bacon Kettle Chips…

Many thanks to Kelly French and Neal Brothers for the samples!