Not Your Father’s Root Beer Float!

I’m not really sure what the above scene from Monty Python and the Holy Grail has to do with a Boozy Root Beer Float. They did say the word “float” over and over again, so I guess there’s that as a possible connection. Whatever the reason, once that scene crawled into my noggin, I couldn’t get it out, so my hope is that adding the video to the top of this post will help me move forward. It’s kind of like when you get a song stuck in your head. Play the song for real and it’ll eventually work it’s way out. Now that I have that out of the way, let’s talk a bit about Not Your Father’s Root Beer…

The first time around was last summer when someone brought a six pack to our local pool. My initial impressions were that this tasted very much like a regular root beer, i.e. unless you told me that it had alcohol in it, I would have never guessed. Dangerous is the word I used to describe this because if you’re the type of person that can guzzle many sweet drinks in a row, this stuff will definitely get you in trouble. I didn’t love the stuff, but since I only had a very small pour, I thought I’d give it a second try.

The word on the street is that Not Your Father’s Root Beer makes one hell of a Boozy Root Beer Float, so in addition to sampling it straight, I decided to also try it with some vanilla ice cream. Here are my thoughts… 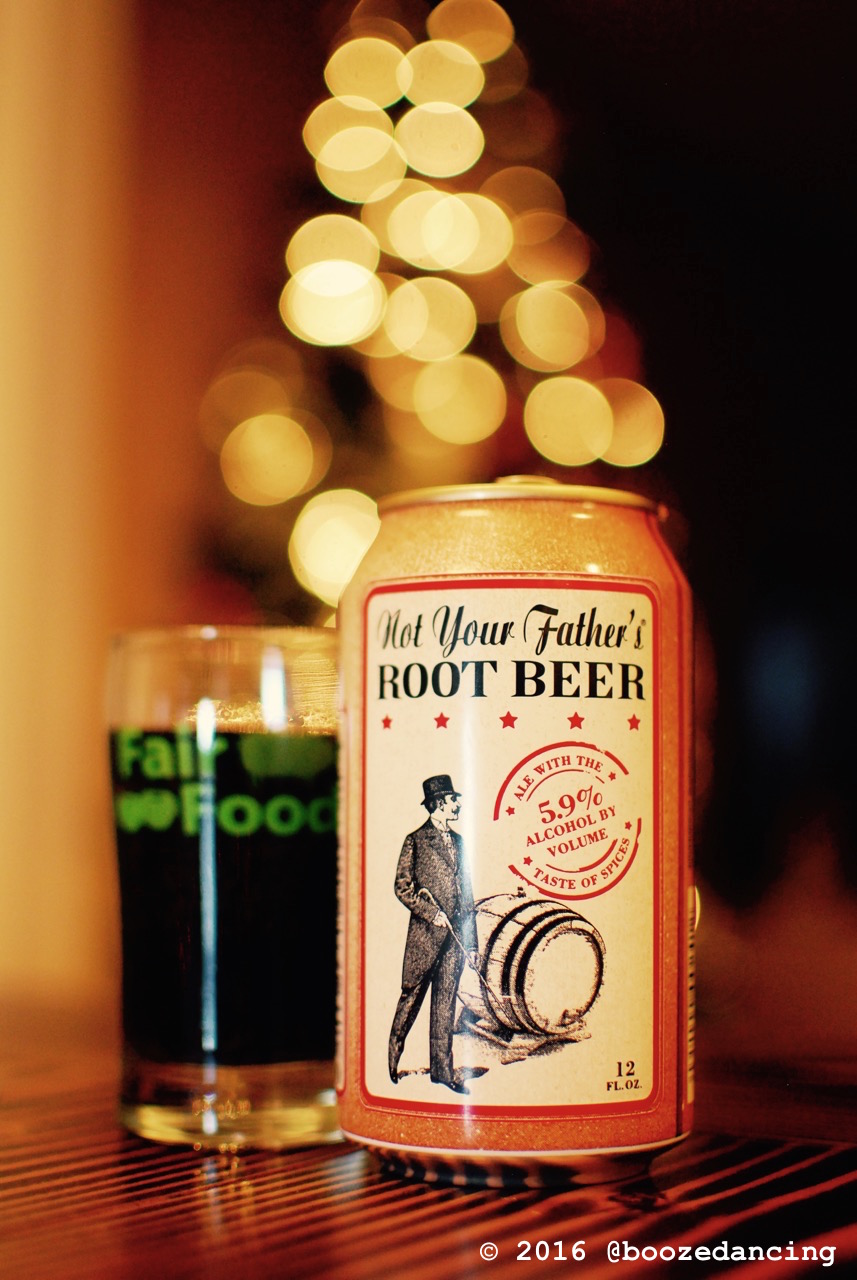 Pours like a soda with loud, fizzy carbonation that leads to a short lived head of foam.

The mouthfeel isn’t as fizzy as the sounds made during the pouring process would suggest. Unless someone told you it had alcohol in it, you’d never know it from the taste. It starts off like a root beer soda with a spicy sweetness and licorice along with a bunch of other spices, but then it transitions to a more Stout-like beverage thanks to the dark roast coffee bitterness that comes through in a subtle way at the finish. It’s definitely an odd little drink.

Overall, I’d say that Not Your Father’s Root Beer is pretty good, but a touch too sweet and syrupy to warrant more than a six or eight ounce pour. Let’s see how it holds up in the form of a Boozy Float… 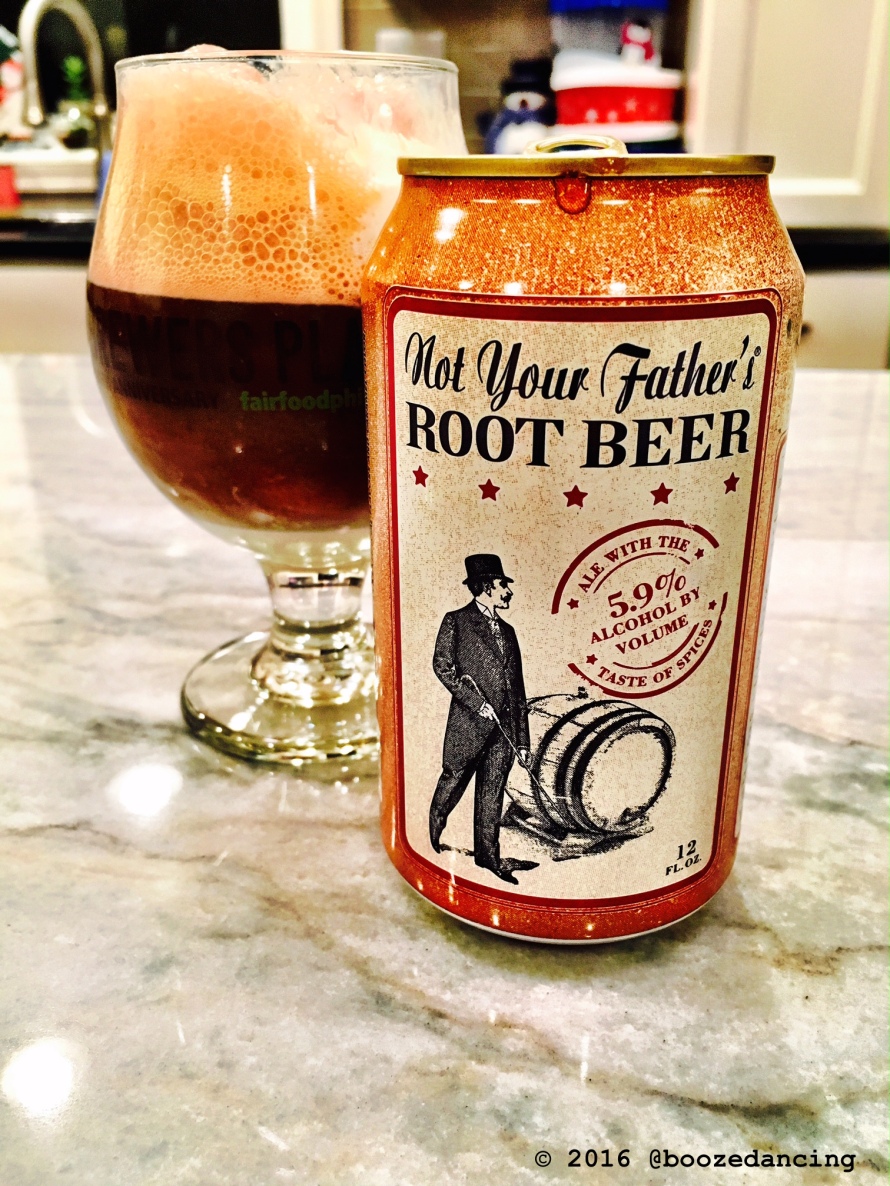 Since I didn’t love this boozy root beer as a straight up drink, I thought I’d follow the suggestion of several friends and try it as part of a Boozy Root Beer Float. The last time I tried making a Boozy Float, I used a Founders Porter and Turkey Hill Philadelphia Style Vanilla Ice Cream. It was pretty good overall, but the beer overpowered that middle of the road ice cream, so this time around, I decided to step up my game. Haagen-Daz is what I went with, and it was definitely the right ice cream for the job. In addition to being creamier and richer in vanilla flavors, it also didn’t melt as quickly when I added the root beer to the glass.

While you would think that this would be an overly sweet dessert, it really wasn’t. The rich vanilla flavors of the ice cream helped to tone down the syrupy sweetness of the grown-up root beer and made it much more enjoyable. This is a delicious combo that’s well worth trying.

Of course all of this Boozy Float business leaves me with the need to kick things up even further. Perhaps a Boozyshake made with the rest of what’s left in my pint of Haagen-Daz and some of that Art in the Age Root is in order.