Bricks, Mortar, Calvados, and a Room Full of Philly Bartenders

I’ve heard of Calvados. I’ve read about Calvados. But I’ve never actually tasted Calvados. That all changed when I attended a Calvados tasting that was led by Jason Wilson (he wrote Boozehound), a man that absolutely adores Calvados. How do I know that Mr. Wilson adores Calvados? That’s an easy question to answer! In addition to devoting several pages to Calvados in his book Boozehound, he’s also written articles about it in The New York Times, The Washington Post, and Table Matters. Hell, he’s even given presentations about it at Tales of the Cocktail! Given all that, I’d say they hired the right guy to show us the ropes.

This tasting, which took place on Tuesday, August 4th at a bar/restaurant called Brick and Mortar (it’s located in Philadelphia’s Loft District), was a bit different from other tasting events that I’ve attended, i.e. instead of a consumer oriented tasting, the attendees at this particular event included bartenders from across Philadelphia and the surrounding suburbs (I guess that you can call me the “outsider” at this particular event). These hardworking folks were there for two reasons: (1) to network with their colleagues from the Philadelphia Chapter of the US Bartender’s Guild; (2) to learn all about Calvados and how they can incorporate this little known spirit into their cocktail menus. 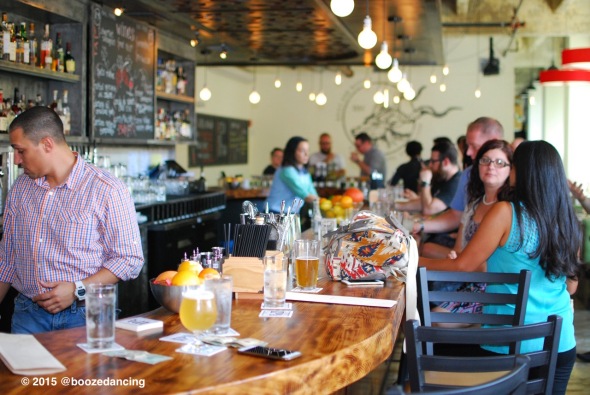 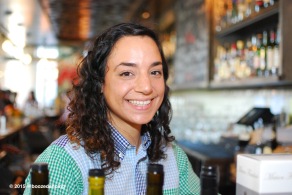 Over the course of two hours, Mr. Wilson talked us through five different Calvados expressions that were all made by Christian Drouin, one of the most well known Calvados producers in the Normandy region of France. Here are the five expressions that we sampled along with a brief description about each one that was taken directly from their US distributor’s website:

In addition to these five spirits, we were also treated to three very different Calvados cocktails that were created by the bartenders at Brick and Mortar. Unfortunately, I don’t have much detail about the cocktails, i.e. no names, no recipes, no list of ingredients. All I know is that they each contained some form of Calvados and that they were all cold, refreshing, and delicious. 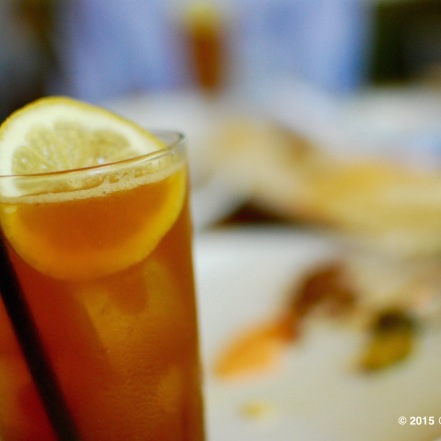 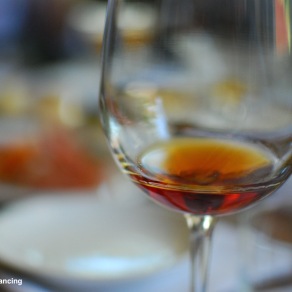 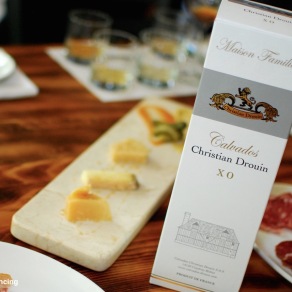 Of the five Calvados expressions sampled, I was most intrigued by the Pommeau, VSOP, and 1996 Vintage. The Pommeau was very Vermouth like, but without any trace of bitterness. It was rich, flavorful, and infinitely drinkable, and I’d love to try it as a substitute for Sweet Vermouth in a Manhattan. The VSOP was very easy drinking, with little to no alcohol bite. Mr. Wilson repeatedly mentioned how Calvados always reminds him of a green apple peel, and this particular expression definitely brought that out. The big difference for me between the VSOP and 1996 Vintage was the higher octane (a good thing!) in the latter expression. The 1996 Vintage had all of the goodness that I found in the VSOP, but with a much bigger and fuller flavor profile. The other two were also quite good, but I found the Sélection to be a bit rough around the egdes, which is why this expression was highly recommended for use in cocktails, while the XO was overly soft and subtle for my taste, i.e. much like the Hibiki 21, I could easily find myself drinking way too much of it in one sitting.

The whole point of events like this is for attendees to expand their horizons by trying something new. If I had to sum up the night, I would use two words: mission accomplished! In addition to gaining an appreciation for Calvados, I have also gained a greater appreciation for what the good men and women that work behind the bars of our favorite watering holes go through to create interesting and drool worthy concoctions for thirsty people such as us. Unlike many of my adventures in cocktail making, expert bartenders don’t just put a bunch of stuff into an ice filled shaker and hope for the best. They listen, they ask questions, and most important of all, they experiment with different ingredient combinations until they find a recipe that works.

In case you couldn’t tell from all of the not so random words up above, I had a really good time during my 2+ hours at Brick and Mortar. I learned a thing or two about Calvados, I tasted some delicious food & drinks, and I spoke with some knowledgeable and courteous booze industry professionals. I don’t know about you, but I can’t think of a better way to spend a few hours after a long day at work.

Many thanks to Jason Long of the US Bartender’s Guild for inviting me to this outstanding event!