Thanks to the guys at East Coast Beer Company I finally have something that improves the Jersey Shore’s reputation.  A “Classic American Pilsner” called Beach Haus.

I was born at and grew up at the Jersey Shore.  Most of my life I have had to deal with the fact that South Jersey and the Shore are associated with North Jersey (congestion, chemical refineries, and New Yorkers … ugh!).  The last few years have been tough.  HBO took the “Waste Management” stereotype to the next level with The Sopranos and then there was Jersey Shore.  Why MTV, why??? What did Jersey ever do to deserve Snookie and her over tanned buddies.

But along comes Merk and Brian from East Coast Beer Co. to restore some dignity to Jersey. Two guys with dream and a simple to mission to give the Jersey Shore a brew of it’s own.  Last summer with the release of Beach Haus this dream was realized and their mission was accomplished.  All I can say is “Well Done, Boys!”.

Here is a description of Beach Haus in their own words:

“Beach Haus Classic American Pilsner is made purely of ingredients found in America, just as the early style demanded. We took great care in selecting the hops and malts we use that are native only to America. Smooth, golden and full bodied – we think of it as a New American Classic”

My take on this brew is “love at first sip”.  I will be spending a lot of time at the Beach Haus this summer.  While I usually reach for hoppy heavy beers in the winter, I like a lighter refreshing brew in the summer.  This brew fits the bill for summer sipping. It is crisp, clean, and refreshing but unlike other summer pilsners it still has great flavor and depth.

A nice brew and hopefully a hint of more to come from the guys at East Coast Beer Co..

If this humble blog post finds it’s way to the brewers here are some tips from a beer nut:

Lastly here is a pic just for one of our regular commenters, randommanda over at A Cap A Day: 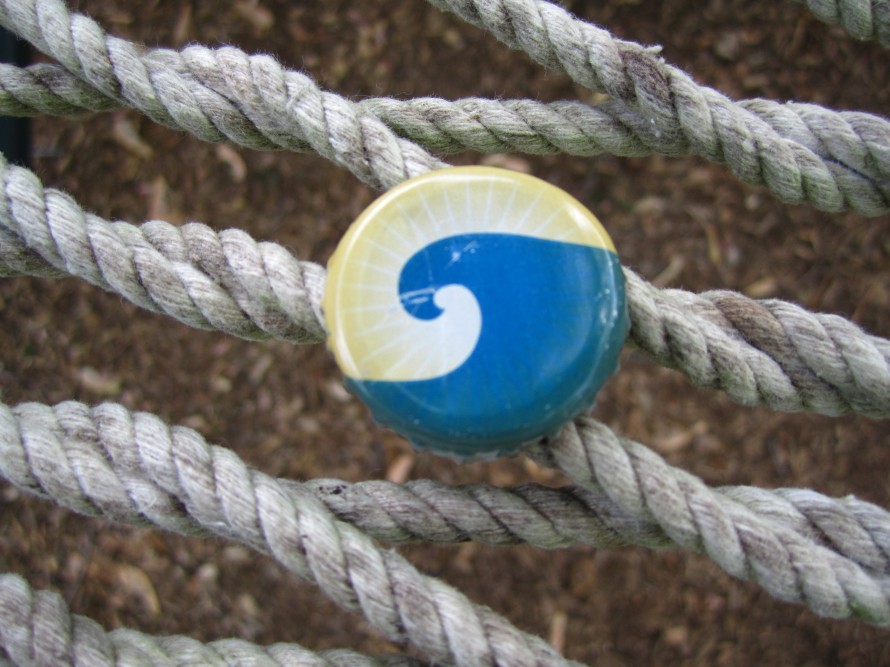 Beach Haus has a great cap.  One of the coolest out there.  It deserves a photographer with skills like randommanda and not me!  But here it is on my backyard hammock.

Leave a Reply to The Wookie Cancel reply