Several miscommunications. Two fired up little boys. A hot sticky day in the Delaware Valley. Two Delaware River crossings to South Philly. Not much food in the fridge, but several tasty beers on hand. That pretty much sums up my Saturday from 10AM to 8PM.

I get home at 12:30, with Papa and the boys in tow. Lunch? The boys are easy. PB&J, some cut up apple, and chocolate milk will work, so that’s what they ate. As far as Papa and I, my choices were eggs, hot dogs, pasta, or maybe some frozen corn dogs. Since there were a couple of Ball Park Angus Beef hot dogs on hand, plus some cheddar, I went with broiled cheese dogs for lunch. Though I generally prefer my hot dogs “street vendor” style, I have been really enjoying them either pan fried or cooked under the broiler. The cheddar cheese just adds to the greasy goodness. If only we had some bacon! Maybe next time.

As far as what to drink, I opted for the Dogfish Head ApriHop. I first sampled this beer about a month ago and really enjoyed it (thank you Alemonger!). ApriHops has all of that IPA hoppiness (though not as much as their 60 or 90 minute IPA), but the apricots gives this beer a really interesting flavor dimension. The color is a deep amber and it pours slightly cloudy. Although it starts off like a conventional IPA, it finishes slightly sweet, and you can definitely taste the apricots. I would definitely serve this at a summer barbecue, but at 7% ABV, I wouldn’t recommend drinking this like you would a conventional summer beer. It definitely packs a punch! 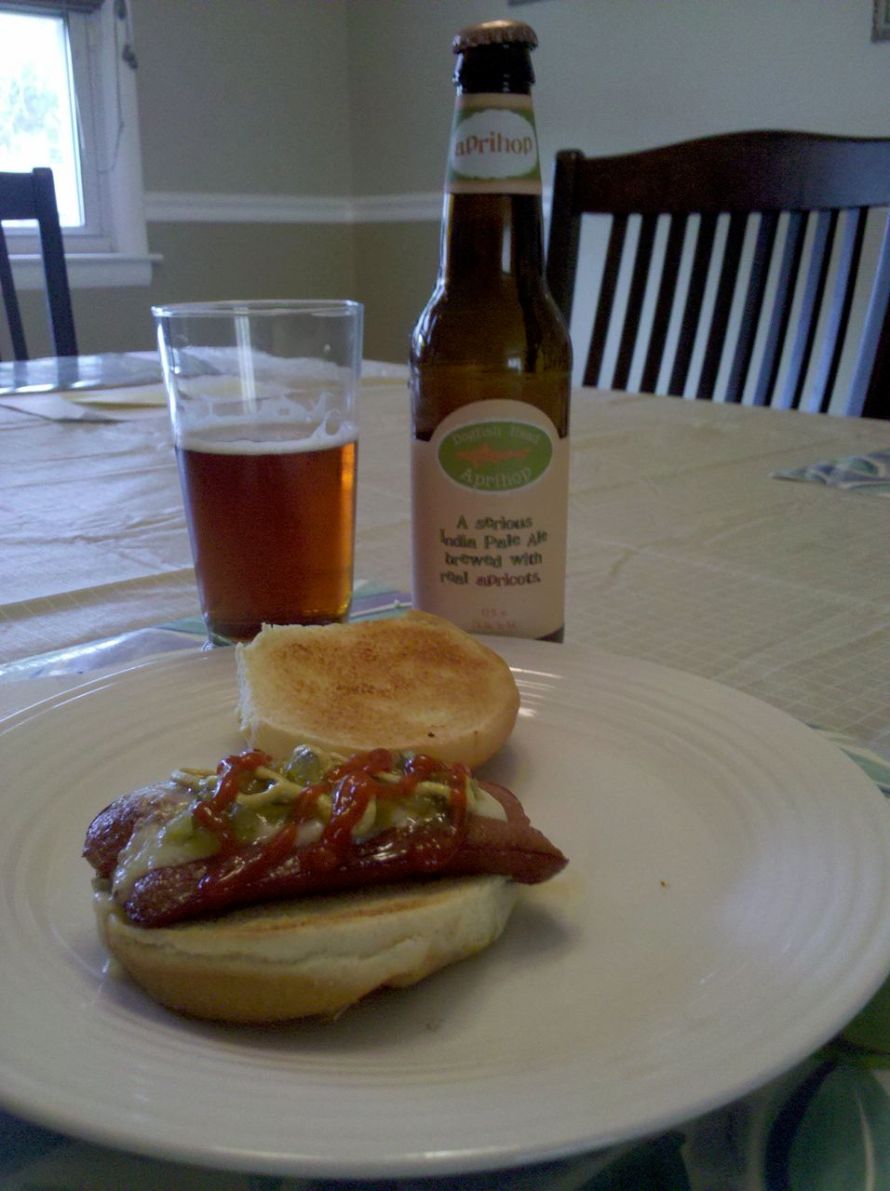