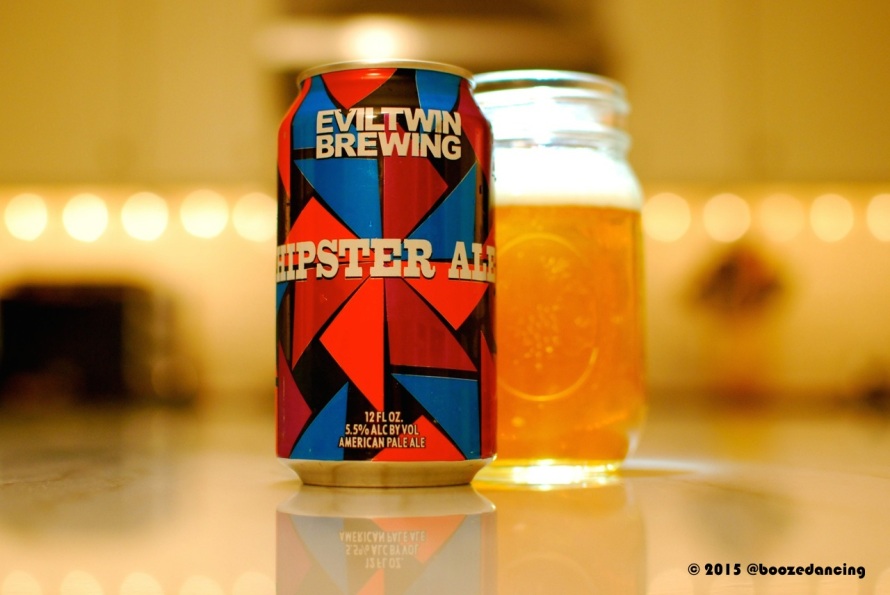 What is a Hipster?

Dictionary.com tells us that this word, which they consider to be slang, is a noun with three possible definitions:

The Urban Dictionary gives us a MUCH more detailed definition. Here are a few of the highlights:

Now that we have SOME clue about the phenomenon called Hipsters, here’s what Evil Twin Brewing Co has to say about their Hipster Ale:

Perhaps you heard of a worldwide beer-movement that tributes favorite hipster neighborhoods across the globe. If you feel excluded because you’re hip but your city is not, this cutting-edge, ‘hip without border’ pale ale is an homage to you – the global hipster. Cheers!

I have no clue what any of that has to do with this beer. Evil Twin’s description doesn’t mention barley or hop varietals, nor does it mention yeast strains. What they do mention is that this beer is an American Pale Ale, has an ABV of 5.5%, and that it’s brewed in Stratford, CT by Two Roads Brewing Company. It’s good to have facts and figures, but one question remains: Is this beer any good? The answer: Yes it is!

A touch of bitterness at the start.
Some sweet malts in the middle.
A lightly astringent finish with a slight bitterness in the aftertaste. Think lemon or orange pith.

Overall, a crisp, clean, and easy drinking American Pale Ale that is well worth trying.
They can call it a Hipster Ale if they want.
I’ll just call it delicious.