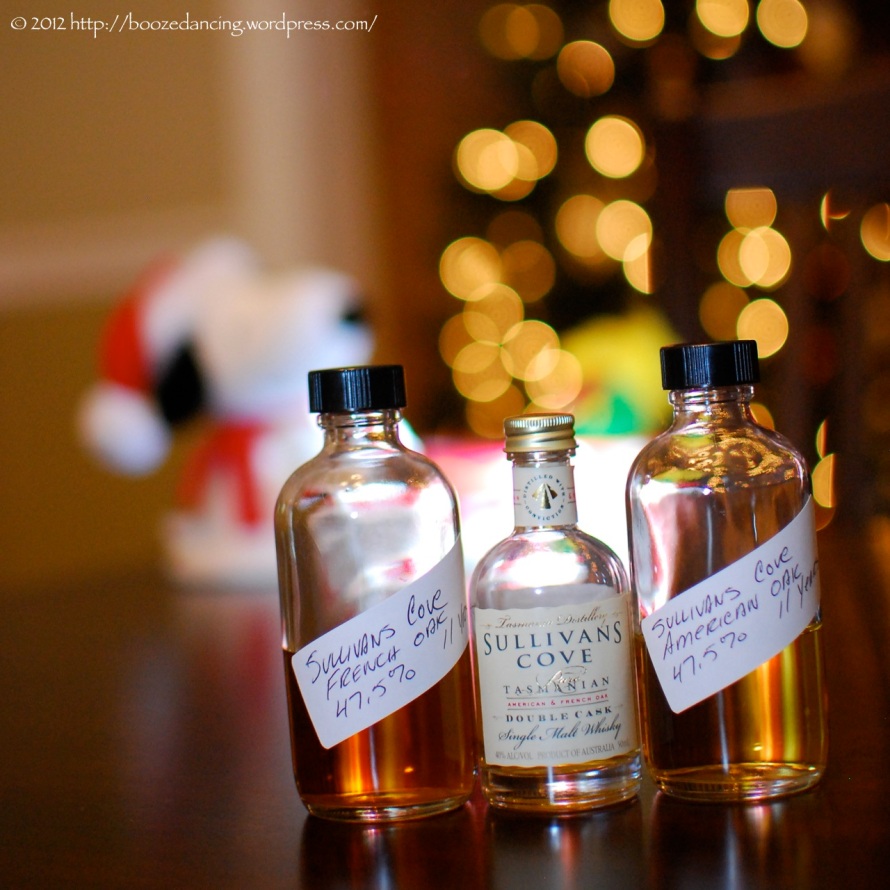 Way back in mid September, I went back and forth with Raj Sabharwal (Managing Director of Purple Valley Imports) via Twitter and email about two whisky events that he would be hosting in Philadelphia during the week of October 22nd. One event would be for Sullivans Cove Tasmanian Whisky and the other would be for Amrut Distillery of India (unfortunately, we weren’t able to attend).

During this exchange, Raj asked if we would like some samples from Purple Valley Import’s product line up. Since I had heard so much about Amrut and Sullivans Cove over the past year, but had yet to try any of their expressions, this was an offer that I couldn’t pass up!

This is the second in a series of posts featuring whiskies brought to the United States by Purple Valley Imports. Let’s keep the ball rolling with reviews of three different whisky expressions from the Tasmania Distillery, makers of Sullivans Cove Single Malt Whisky…

Conclusion: At only 40% ABV, it might be a little too soft for some and I certainly could understand if someone found this to be too sweet. But, for me, it hit all the right notes and had just a nice finish. This is a very drinkable whiskey.

Conclusion: Overall, I have lukewarm feelings about the Sullivans Cove Double Cask. There was nothing particularly wrong with this whisky, it just didn’t hold my interest for very long.

Conclusion: The use of the French Oak was a noticeable change as was the higher ABV. I think this might be the right balance of alcohol, sweetness and spice. I would have liked a little longer finish but this was a very good whiskey. Of the three, I would say that the French Oak was easily my favorite.

Conclusion: The 11 Year Old French Oak is a HUGE improvement over the Double Cask. Compared to what I usually drink, this is definitely on the lighter end of the whisky spectrum. I found all of the flavors to be well developed and there is a definite easy drinking nature to this whisky. This would be a good alternative to one of the lighter Scottish blends, i.e. Johnnie Walker Black or Chivas Regal 12. I like it!

Conclusion: Everything that the French Oak was the American Oak wasn’t. It wasn’t that the flavors weren’t balanced; I just found them to be a little muted. I just wasn’t picking up on anything that was all that remarkable. I didn’t find that this one differentiated itself from all of the others like the French Oak did.

Conclusion: The Sullivans Cove 11 Year Old American Oak is easily my favorite of the three expressions. It has a lovely balance of sweet, spicy, and floral notes, with none of these elements taking control. I also enjoyed the somewhat dry finish which left me a bit parched and wishing that I had more of it to drink. Well done Sullivans Cove!

Many thanks to Raj Sabharwal of Purple Valley Imports for sending us these very generous whisky samples!