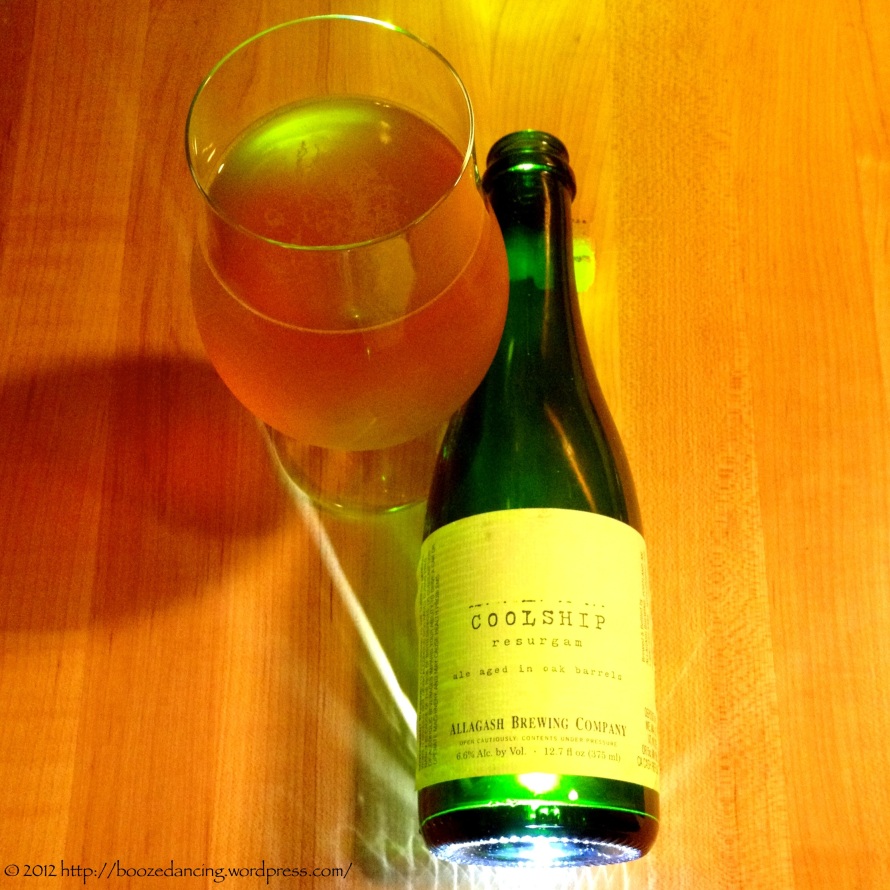 If you’re a regular reader, then you already know about my beer hunting adventures during my family vacation to the great state of Maine this past August. On the Monday morning of our vacation, I made a very brief solo excursion to Portland, where I stopped by Maine Beer Company and Allagash Brewing Company (visiting both breweries was very convenient since they are right up the street from one another) to see what they had available. Although neither brewery had as wide of a selection as I had hoped, they did have a couple beers that I knew I couldn’t pick up back home: Maine Beer Company Collaboration Time 1 and Allagash Resurgam.

Prior to my Allagash Brewery visit, I had never heard of their Resurgam Ale, nor had I ever heard of their Coolship series, of which the Resurgam is a part of. All I knew about this beer at the the time was that (a) each bottle costs $15 and (b) due to its limited availability, you could only buy two bottles at a time.

Rather than try to explain what the Coolship series is all about in my own words, I will instead take the lazy route (I’m an expert at this!), and simply let the brewery do the talking:

A coolship is a large shallow pan used to cool wort overnight using outside air temperature. During the cooling process, naturally occurring yeast from the air inoculates the wort. In the morning, the cooled wort is transferred into barrels where the fermentation process begins. The beer is then aged for an undetermined amount of time, until we deem it “ready”.

We started selling these beers from our retail store, here at the brewery, in 2011. These beers are being released gradually, in very small amounts, unannounced. Our hope is that this will give a wider variety of our visitors the opportunity to try them.

And this is what Allagash has to say about their Resurgam Ale:

Coolship Resurgam is a blend of both old and young unfruited spontaneous beer. The name comes from the motto of our fair city, Portland, Me. It means “I shall rise again”.

Interestingly enough, about a week after we returned from our vacation, the Wall Street Journal published an article about the rise of Sour beer production in the United States (this article was brought to my attention via a tweet by John Chawner). Since the Allagash Coolship Resurgam was one of the beers mentioned in this article, I was now even more curious to find out if it was worth the $15/bottle asking price.

Let’s find out if it was worth the money…

The Allagash Coolship Resurgam is a great American interpretation of a uniquely Belgian beer style. Resurgam is beautifully balanced, and it begs to be savored since it definitely improves as it comes up to room temperature. While I enjoyed drinking this beer on its own, I would love to have this alongside some rich and creamy cheeses, charcuterie, or maybe even some grilled lamb. This beer was definitely worth the $15. Well done Allagash!