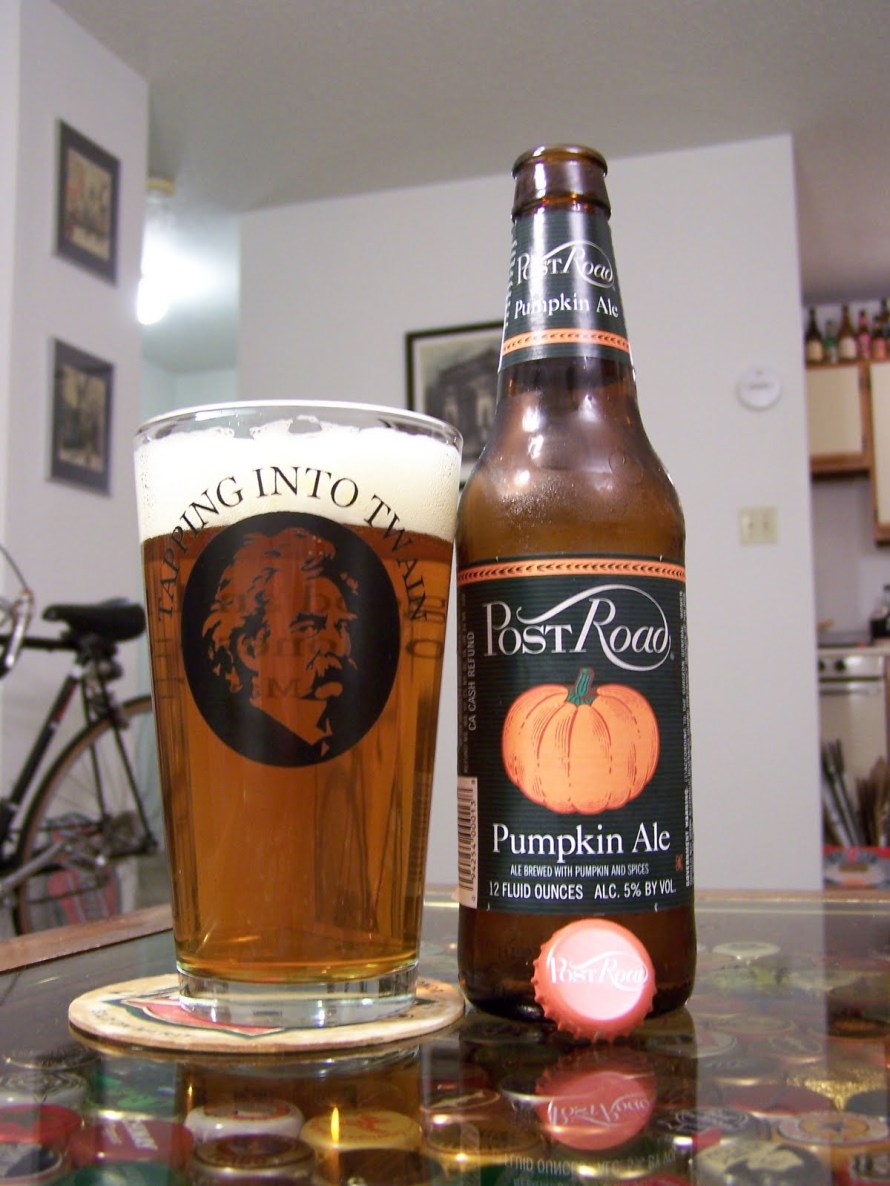 A while ago, I stopped in to my local liquor store and picked up a bottle of Brooklyn Brewery’s Post Road Pumpkin Ale. While not a huge fan of Pumpkin Ales, I was roped into buying it because of the label on the bottle. As the Wookie has noted, I am easily distracted by things that are shiny, have an interesting label, a really cool name, or just a pretty logo. I guess I am just a conspicuous consumer. Anyway, here is what Brooklyn Brewery has to say about their Pumpkin Ale:

The Post Road was a little too much pumpkin. Sort of like a super pureed pumpkin pie. Oddly enough, even after that description, I would say that it wasn’t half bad. If you are looking for a true pumpkin ale, I can’t imagine finding one with more pumpkin flavor than this one.