My older brother Sonny was in Philly recently (I also have an older brother Fredo, and several sisters that I refer to collectively as The Connies (the cold blooded, Godfather 3 version, not the beaten down and beaten up Godfather 1 version, or the obnoxious Godfather 2 version) […] 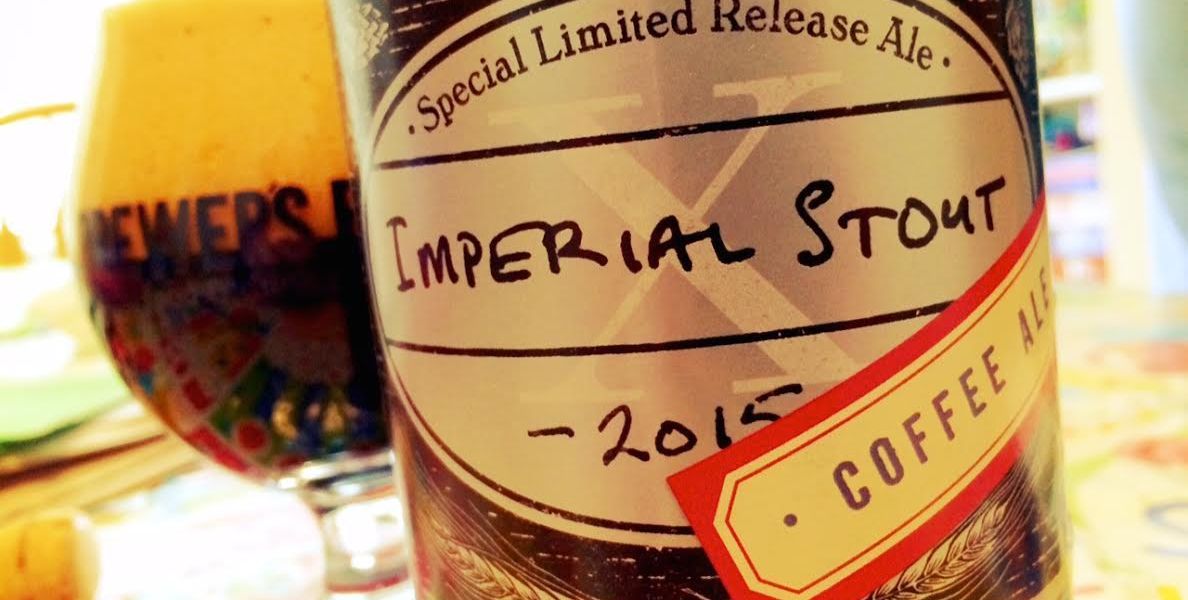 Once again, G-LO darkened my doorstep with another request that I “split a beer”. Not one to be a bad neighbor, I begrudgingly (ok, so maybe not so begrudgingly) obliged. This bottle was the 2015 Stout X – Coffee from Boulevard Brewing’s Smokestack Series. Boulevard has been a favorite […]

While away in LA for Jersey Week, my better half, the urchins and I ventured over to Universal Studios. After conquering the park, the urchins were their ravenous selves and in need of feeding. After reviewing a few menus, we chose the Karl Strauss Brewing Company on the Universal CityWalk. […]

Briefly abandoning my love of the mixed six, I went out and picked up a couple of six packs (a number of sharing opportunities were on the horizon) from Kress Liquors. One of those six packs was the Boaks Monster Mash. I was intrigued for two reasons. First, I […]

North Coast Brewing Company’s Old Rasputin Russian Imperial Stout was yet another one of those beers that I have heard a lot about, but until last week, had yet to try. The Old Rasputin has been rated a total of 2,914 times on Rate Beer with an overall score […]

On my way home from work, I had an urge for a new beer. Perusing the many bottles at my local liquor store, I found another bottle from Leinenkugel’s, the Big Eddy Russian Imperial Stout. The RIS is a specialty beer that was first released in 2007 […]

Since it looks like the bitter cold weather is back, I’ve decided to try a dark and menacing beer this evening. Though 27 degrees is definitely cold (the current temp out there), I really shouldn’t complain, because it’s not going to get above 30 degrees in Kalamazoo, MI […]