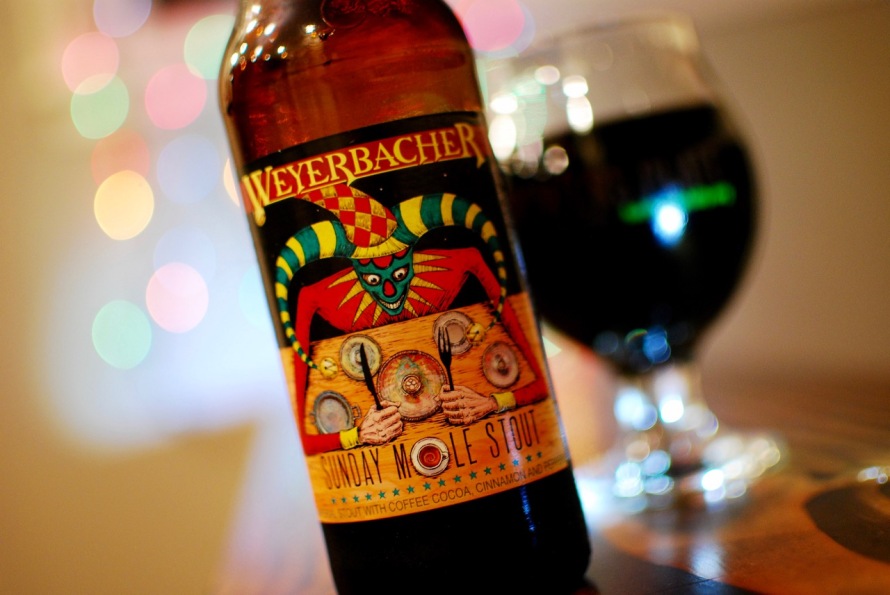 It seems that there’s a National <Insert Whatever the Hell You Want to Promote Here!> Day for just about everything. If you hit a few not so random keys on your keyboard and type http://www.nationaldaycalendar.com/ you will quickly learn that November 4th is…

I can definitely get behind National Sandwich Day, but I think I’ll pass on the other two. Not because I have anything against housewives (though all of those “Real Housewives of <Insert Major Metro Area Name Here>” reality shows don’t exactly portray housewives in a flattering light) or men making dinner (I like dabbling in the kitchen whenever there’s enough time for it. Hell, I even clean up my own mess! Do I get extra points for that?), but they’re just not as much fun as having a well crafted sandwich to celebrate National Sandwich Day (not that anyone cares, but I’d love to have a Baked Brisket on Rye right now).

Now I don’t know about you, but whenever I’m having a sandwich, I usually like to have it along with a glass of beer. As luck would have it, in addition to the three National Days listed up above, November 3rd just happens to be International Stout Day, so in honor of this glorious celebration of all things Stout, I’ve decided to review the latest high octane creation from Easton, PA’s Weyerbacher Brewing, their Sunday Mole Stout which clocks in at an ABV of 11.3%. Here’s what they have to say about it:

As the name suggests, this 11.3% ABV American Imperial Stout is the foundation of everyone’s favorite, Sunday Morning Stout, with a twist (and without the barrel aging)…

This brew captures everything you’d expect from a traditional molé – coffee, chocolate, heat and smokiness. Foremost is coffee, which is followed by layers of chocolate courtesy of the chocolate malt, cocoa powder and cacao nibs. Finally, a subtle lingering heat and smokiness from our blend of ancho, pasilla, mulato and chipotle peppers, as well as cinnamon, which is gone by the time you’re ready for your next sip.

Now that we have all of that out of the way, let’s move on to my review…

With all of the hub-bub, brew-ha-ha, and attention given to high octane, extremely difficult to find Stouts like Founders KBS, Goose Island Bourbon County Stout, Three Floyds Dark Lord, Cigar City Hunaphu, and other top ranked Imperial Stouts (don’t even get me started on the Westbrook Mexican Cake Beer and its INSANE black market price!), how did I not hear about Weyerbacher’s Sunday Mole Stout which is (a) brewed relatively close to my home and (b) not that difficult to find??? This beer is big, bold, ballsy, and delightfully boozy (the 4Bs???). Skip that other stuff (unless of course you’re one of the lucky few that can find them easily) and track down a bottle of Sunday Mole Stout. It’s so worth it!