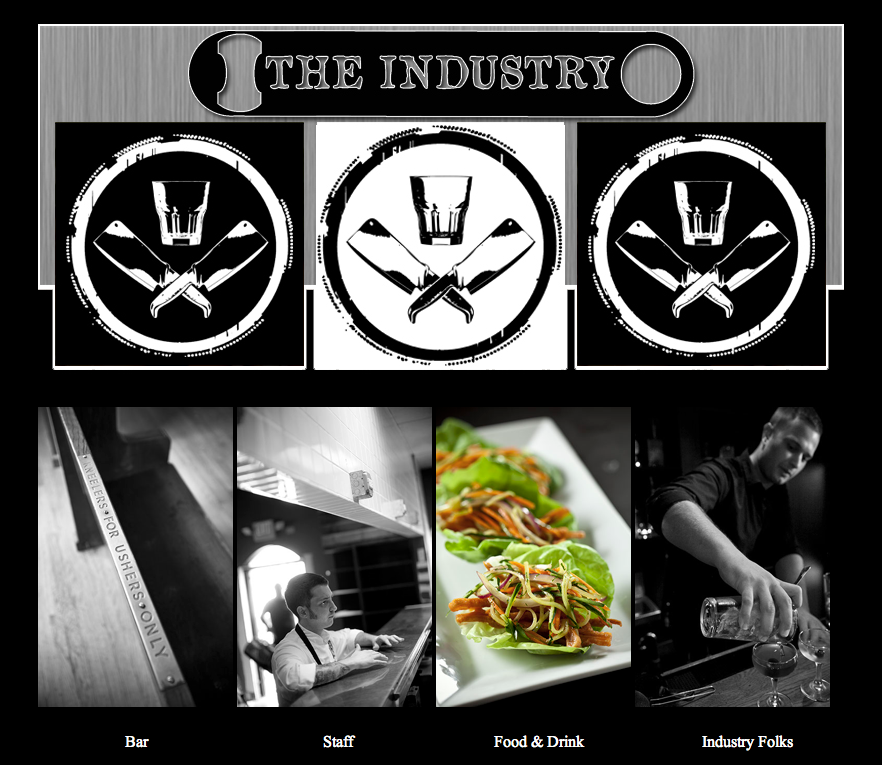 Earlier this week, Mrs. G-LO made an administrative decision and informed me that the boys would be spending Saturday night at my In-Laws. This decision led to a scheduled date night which meant that there were more decisions to be made…

Since this is a reluctant restaurant review (I’ll explain the reluctant part shortly) of The Industry, you already know the answer to the first question. As far as the second question, I tried to pull together the Crafty Day crew, but sadly, they weren’t able to join us due to prior commitments (click here to read about our last Crafty Day crew dining out experience), so we decided that it would be a casual dinner for two. And as far as squeezing in a movie, we went to a 3:45 screening of Silver Linings Playbook, which proved to be the perfect film for this past Saturday night since it (a) takes place in and around the Philadelphia area, and (b) ends at the Ben Franklin House which is where Mrs. G-LO and I lived when we first got married.

So why is this a reluctant restaurant review? This is a reluctant restaurant review because I had no intention of writing a restaurant review when we first decided to head out to dinner, but thanks to Mrs. G-LO mentioning the blog to the waiter, here I am, writing a review while it’s all fresh in my mind. After Mrs. G-LO’s not so subtle mentioning of the blog, the waiter came over with a pen and paper, asking me to write down our blog’s name and web address. One of the owners (Dave Garry) even came over to say hello, so after all that, I feel obligated to write about our dining experience. Here goes…

The Industry, which opened in June of 2012, is located in the Pennsport section of South Philadelphia on the corner of Moyamensing Avenue and Reed Street (just one block away from Mummer’s Central, i.e. 2 Street), and is owned by Dave Garry and Heather Gleason, the husband and wife team that also own one of my favorite eating and drinking establishments in Center City Philadelphia, Good Dog Bar. I have been to Good Dog (aka My Happy Place!) on at least a dozen occasions and have yet to be disappointed, so with all of that in mind, to say that I was excited to eat at The Industry would be a serious understatement.

When we first arrived, there were quite a few people seated at the bar, but the dining area was mostly empty (there was one other couple seated at the front). Since Mrs. G-LO subscribes to the “an empty dining room is never a good sign” theory of fine dining, there was a mild look of panic on her face when we were first seated. Once the tables started filling in a few minutes later, she quickly relaxed and started formulating a dining strategy as I looked over the beer menu. After ordering our first round (a Rodenbach Original for Mrs. G-LO and a Lagunitas Sucks Brown Shugga Substitute Ale for yours truly. Both were delicious!), we started discussing our food options. If we had the Crafty Day Crew with us, we would have ordered everything on the menu, but since it was just the two of us, we took a more restrained approach to Saturday night’s dinner.

Before I start talking about the food, let me tell you a bit about the layout of the room, i.e. what you see when you walk in the front door. The Industry is essentially one big rectangular room with the bar along the far right wall, a somewhat open kitchen in the back, and seating along the front, middle and sides of the room. The dining room and bar are separated by a long high top table that runs along the center of the room which has seating for at least 16 people on either side. Mrs. G-LO and I were seated in the dining area. Much like Good Dog, there is an excellent mix of music playing (loud enough to hear it clearly, but not so loud that it drowns out the conversation) and everyone working was very helpful and looked like they were actually enjoying their jobs.

About 15 minutes after ordering, our appetizers were delivered to our table. We decided to begin our meal with the Crispy Pig Ear Lettuce Wraps and Arancini. The Lettuce Wraps were made with Frank’s Red Hot seasoned,  deep fried pig ears, topped with lightly pickled julienned vegetables, and layered atop a leaf of bibb lettuce. The Arancini (fried rice balls) were made with saffron infused Risotto, English peas, and served with a mildly spiced basquaise dipping sauce on the side. While I truly enjoyed both dishes, the Lettuce Wraps were particularly memorable. The crispy pork with just a hint of heat from the Frank’s Red Hot paired beautifully with the lightly pickled vegetable julienne, and cool crisp lettuce leaf. I was expecting this dish to fall apart when I picked it up, but thankfully, the lettuce leaf managed to hold it all together. As far as the Arancini, they were also extremely delicious. Crisp and golden brown on the outside. Warm and gooey on the inside.

After finishing our appetizers, there was about a 15 minute wait for our entrees. If this were my lunch hour, I would have liked the food to come out a bit faster, but since our plan was to have a relaxing Saturday night meal, I welcomed the time between courses. There is nothing worse than feeling like you’re being rushed out of a restaurant! While I waited, I finished my first beer and ordered a a Green Flash Rayon Vert to enjoy with the rest of my meal.

For our entrees, Mrs. G-LO considered getting the burger and fries but instead went with one of the specials which was Braised Short Ribs served with Yukon Gold mashed potatoes, baby carrots, and sautéed cipollini onions, while I went with the other special of the day which was Pan Seared Scallops served atop a bed of herbed farro. Once again, we were not disappointed. The Short Ribs were fork tender and incredibly toothsome while the Scallops were cooked to perfection, i.e. buttery smooth and delicious. Let’s just say that cleaning our plates was not a problem since we both enjoyed our selections immensely.

Instead of something sweet, we decided to end our meal with a cheese plate. This would prove to be the only part of our meal that garnered any criticism from The Wife and I. While the three cheeses (simply described as “goat, sheep, and cow”) and accompanying honey, kumquat marmalade, and sliced apple were delicious, the bread that was served alongside it left much to be desired. The menu said that it was supposed to be a baguette, but it looked and tasted more like a cold and undercooked ciabatta. Slicing the bread thinner and toasting it a bit would have been most welcome. Other than that modest misstep, the cheese plate was a great way to end our meal.

Overall, we truly enjoyed our dinner at The Industry and would wholeheartedly recommend it to anyone seeking a reasonably priced and incredibly satisfying dining experience. A warm and inviting room, great service, and delicious food and drink. Who could ask for anything more? I look forward to going back soon so that I can dig deeper into their very tempting menu.